SEOUL, Aug. 4 (Yonhap) -- Living as a vegetarian in South Korea is not an easy task.

Pork belly barbecue and fried chicken are common at company meals -- leaving vegetarians with the option of eating side dishes like soybean paste stew and cold buckwheat noodles.

Due mostly to a lack of vegan menu items and a corporate culture where group meals are common, people on vegetarian diets -- ranging from strict vegans to lacto-ovo vegetarians -- are often labeled as "picky" or "sensitive."

"Basically, there aren't many vegan menu items in South Korea," said 36-year-old Yoon Sun-ah, who has been on a pescaterian diet -- eating only veggies, eggs, dairy products and fish -- for more than 10 years after getting interested in animal rights.

"It was much easier when I was traveling in Europe since most restaurants had vegan options." 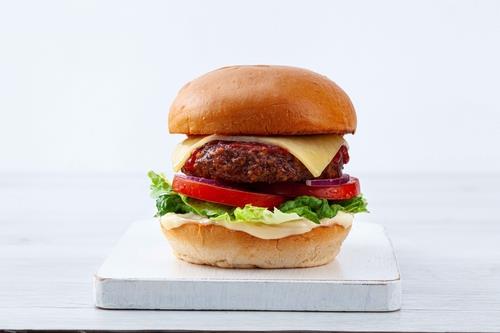 But for people like Yoon, things are changing, albeit slowly.

Last year, the defense ministry announced plans to increase supplementary forms of non-meat food options -- such as tofu and soymilk -- in each meal and conduct surveys on new conscripts to expand group meal options.

The action came after some vegetarians and civic groups filed a complaint against the defense minister via the national human rights watchdog in 2019, demanding vegetarian options for the country's conscripted soldiers who are obliged to serve an 18-month term.

The move has also spread to the education scene, with civic groups urging schools to add vegetarian options to cafeteria meals.

Growing interest in health and awareness on climate change and the environment -- partially inspired by celebrities like Im Soo-jung and Lee Hyo-ri who promote veganism and animal rights -- have also kindled a social atmosphere where being a vegetarian is a hip choice. 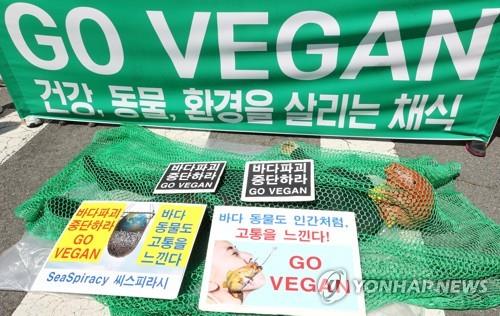 Food companies and retailers have jumped on this trend, betting the market for vegetarians and plant-based food products will grow further going forward.

Citing industry data, a May report by the Korea International Trade Association (KITA) projected substitute meat to account for 30 percent of the global meat market in 2030 and jump to more than 60 percent by 2040.

"A fall in production costs for substitute meat and growing demand in the Chinese market will serve as catalysts for market expansion," Kim Bo-kyung, a senior researcher at KITA, said in the report.

In Korea, local franchises of global food brands are experimenting with plant-based menu items. Burger King and Lotteria have introduced burgers with bean-based patties while Starbucks has launched tofu brownies and meal boxes with non-meat ham.

Giant food retailers, like Shinsegae Food, Dongwon F&B and Nongshim, run brands dedicated to vegan products with names like Better Meat, Beyond Meat and Veggie Garden. Under marketing catchphrases that imply a vegetarian diet is better than a meat-based one, these brands sell products like vegetarian dumplings, tofu nuggets and plant-based sausages.

Consumers seem to welcome the trend.

A survey by Seoul-based consumer rights organization Consumers Korea, for instance, showed that 63.2 percent of 500 respondents said they have tried substitute meat. More than 70 percent of them said they were either OK with or were satisfied with the experience.

The survey also showed that these products go beyond the palate, with 50 percent expecting the new food trend to be helpful to their health and 72.6 percent saying it will contribute to saving the environment.

Long-time vegetarians like Yoon, however, appear more neutral toward the marketing fever.

"I think it will serve as a stepping stone to people who like meat but want to try out vegetarian diets," she said, adding that there is not much demand for meat substitutes from vegetarians like herself in the first place.

What she feels will help, though, is a culinary and social culture that embraces more diversity.

"I think a social consensus that being a vegetarian is not something grand but just one form of a lifestyle will really help," Yoon said. 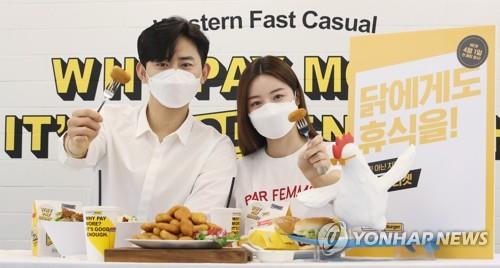