SEOUL, Aug. 3 (Yonhap) -- Members of the central bank's rate-setting board voiced the need to readjust the low-rate monetary policy in the near future amid an accelerating economic recovery and deepening financial imbalances, minutes from the latest policy meeting showed Tuesday.

In the policy meeting on July 15, the seven-member board kept its key interest rate at a record low of 0.5 percent amid the fourth wave of the pandemic.

The decision was not unanimous, as one member cast a dissenting vote, arguing for a rate hike by 0.25 percentage point.

According to the minutes, board members assessed that Asia's fourth-largest economy is on a recovery track despite uncertainty due to the fourth wave of the COVID-19 pandemic.

"There is a need to adjust the ultra-low monetary policy in the near future, given that the Korean economy is expected to extend its solid recovery momentum and risks to financial stability have increased," a board member said.

Another member said demand-pull inflationary pressure is building up amid the economic recovery, adding that inflation expectations have also quickened this year.

After the July rate-setting session, BOK Gov. Lee Ju-yeol strongly hinted the central bank may hike the rate by the end of this year.

The country's consumer prices grew 2.6 percent in July from the previous month, accelerating from a 2.4 percent on-year gain in June.

The BOK forecast consumer inflation to grow 1.8 percent this year, lower than the bank's inflation target of 2 percent. 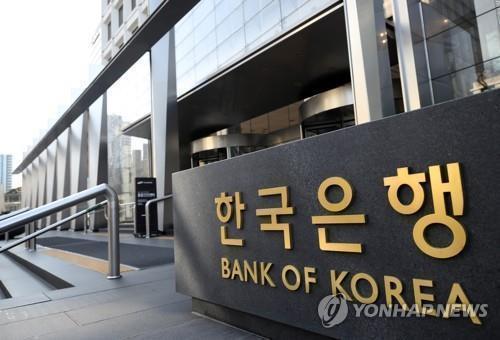