SEOUL, Aug. 3 (Yonhap) -- Foreign nationals accounted for 12.1 percent of all deaths from industrial accidents in the 18-month period ending in June, a lawmaker said Tuesday, calling for safety guarantee measures.

According to Rep. Kang Eun-mi of the minor Justice Party, who cited data from the labor ministry, 1,113 people died in industrial disasters between January 2020 and June 2021, including 135 foreign workers, who made up 12.1 percent of the total. 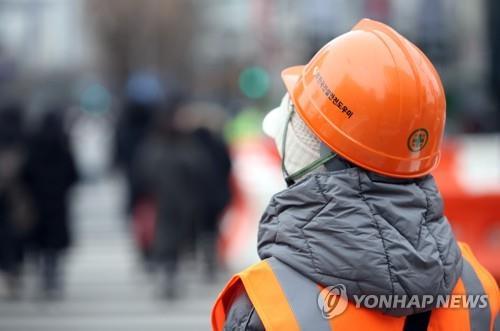 Given that foreign nationals accounted for 3.9 percent of all salaried workers last year, their fatality rate was about three times higher than among South Korean nationals, she said.

"Foreigners are exposed to greater danger because they are hired by industries that are avoided by locals, such as agriculture, fishing and the 3D sectors," Kang said, referring to what are known in South Korea as "dirty, difficult and dangerous" jobs.

"Considering that many foreign nationals are illegal migrants or not covered by employment insurance, which makes it difficult for them to receive proper treatment or file a complaint in the event of injuries from work, the reality is probably worse," she said.

Kang said she fears the new so-called severe disaster law, which is due to take effect in January, will fail to protect foreign workers because workplaces with fewer than five employees are not subject to it, while those with fewer than 50 will be given a grace period of three years.

Under that law, owners or CEOs of businesses that have experienced serious industrial disasters can be sentenced to prison or receive a large fine.

"We need to come up with institutional measures to ensure (the workers') safety," Kang said.

Foreigners make up 12 pct of deaths from industrial accidents: lawmaker

Foreigners make up 12 pct of deaths from industrial accidents: lawmaker