The nation's foreign reserves came to US$458.7 billion as of end-July, up $4.58 billion from the previous month, according to the Bank of Korea (BOK).

The BOK said a weaker U.S. dollar boosted the dollar-conversion value of non-dollar assets in the FX reserves last month.

Foreign securities came to $414.9 billion as of end-July, down $4.44 billion from the previous month and accounting for 90.5 percent of the FX reserves.

As of the end of June, South Korea was the world's eighth-largest holder of FX reserves, the BOK said. 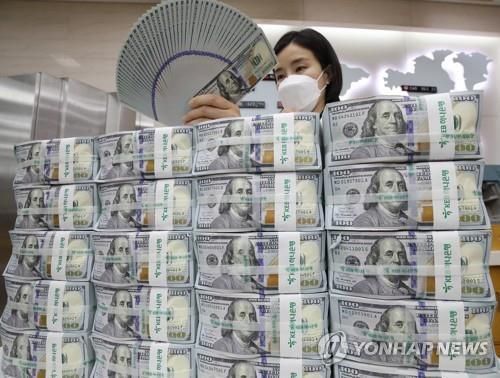