SEOUL, Aug. 3 (Yonhap) -- A U.S.-based group of companies that has voiced opposition to commissions major app stores collect from developers expressed support Tuesday for legislative movement in South Korea to pass a bill that seeks to curb the so-called app store taxes.

The bill, which would be the first of its kind globally if voted into law, currently awaits further review by the Legislation and Judiciary Committee before being handed off for a wider vote by the National Assembly.

Mark Buse, Match Group's senior vice president and a founding member of the Coalition for App Fairness, met ruling Democratic Party lawmakers at the National Assembly in support for the bill.

Buse expressed support for the bill, adding that it could spur more action from U.S. lawmakers. Similar movement has so far been made at a state level in the United States in around 15 states, according to Buse. 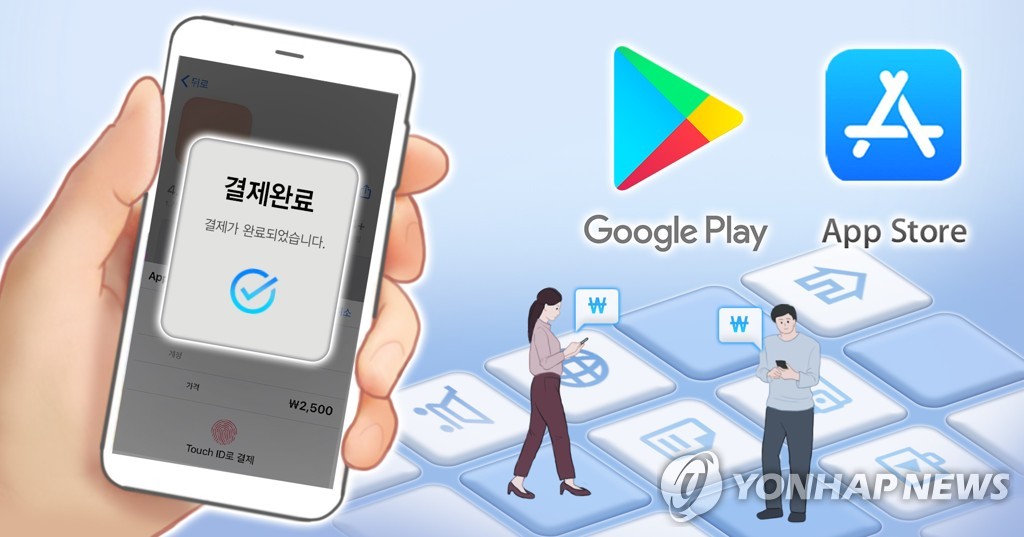 The legislative movement in South Korea comes after Google's decision last September to enforce its billing system on all Play store apps from October this year -- a move that restricts other payment systems and will collect up to 30 percent in commission from developers for user purchases of digital goods, similar to what Apple already does on its App Store.

App developers, who have circumvented Google's commission by using its own payment systems, have expressed concerns over what they see as excessive fees and a monopolistic move by Google, prompting local tech groups to press for legislative action to counter the tech giant.

Amid outcry from local developers, Google has pushed back enforcing its new billing policy to the end of March next year for developers that request a delay.

Google has voiced concerns in response to the legislative movement.

The U.S. tech giant's Senior Director of Public Policy Wilson White said in a recent interview with a local newspaper that users who do not use its payment system could be exposed to security issues, calling for more discussions to address them.

Apple has expressed similar concerns, saying that the proposed amendments could put users at risk of fraud and other privacy concerns in a statement after the bill's approval at the ICT committee last month.

The legislative movement has added to the pressure the tech giants face at home.

Last month, 36 U.S. states filed a lawsuit against Google, alleging anti-competitive behavior in its Play store operations to collect and maintain its commission.

Apple and Google are both locked in legal disputes with Epic Games over app market operations.