TOKYO, Aug. 3 (Yonhap) -- Weightlifter Jin Yun-seong ended up off the podium at the Tokyo Olympics on Tuesday, as South Korea closed out the competition without any prize.

Jin ended up in sixth place in the men's 109kg class at Tokyo International Forum in the Japanese capital. He lifted 180kg in snatch and 220kg in clean and jerk for a 400kg total, 10kg behind the bronze medalist, Arturs Plesnieks of Latvia.

Akbar Djuraev of Uzbekistan won the gold medal with a 430kg total.

Jin was the last South Korean weightlifter to compete in Tokyo and also its final medal hope. South Korea has gone without a weightlifting medal for the first time since 2000. 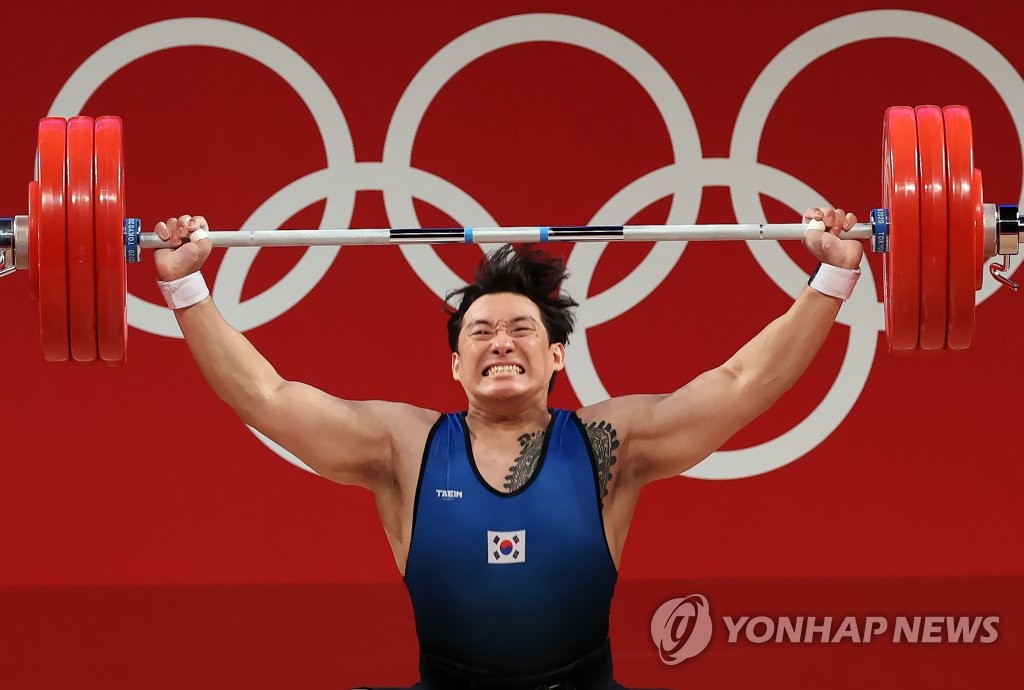 Jin was the runner-up at the 2019 world championships in the 102kg class but had to move up to 109kg for the Olympics when the reorganization of the weight categories pushed his old class out of the mix.

Jin dug himself into a hole with a poor showing in the snatch portion.

He lifted 180kg in his first attempt. For his next attempt, Jin gave 185kg a shot and failed. 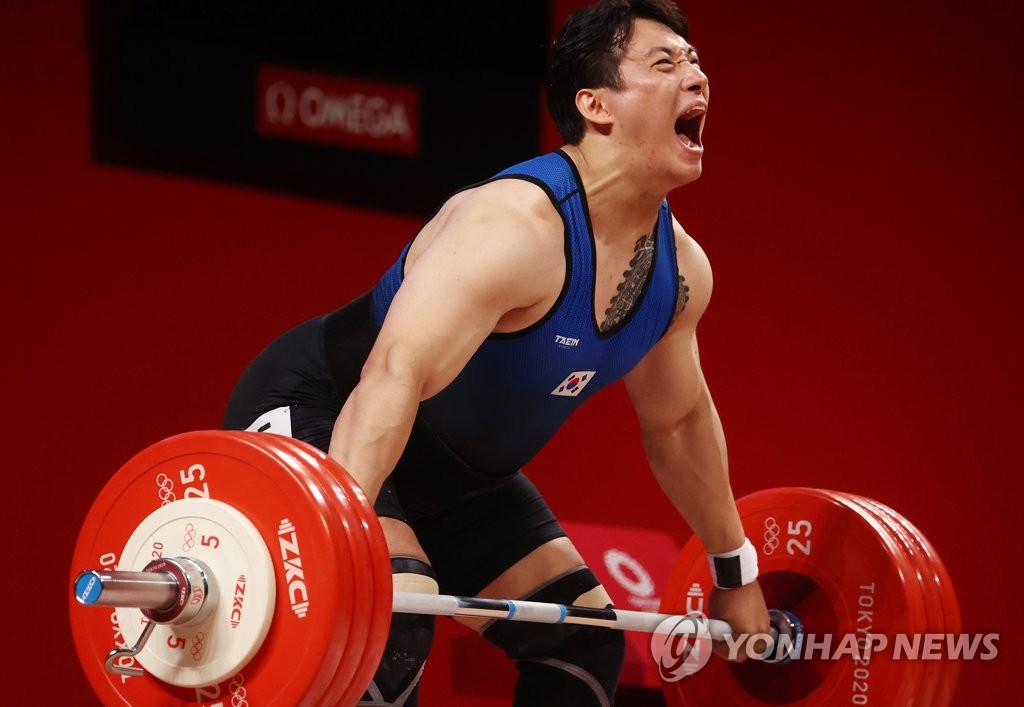 He did lift the barbell for 185kg on his next attempt, but it was ruled "no lift" by referees because his elbows bent at the top.

His only successful attempt ended up being his final snatch weight, and it put him in sixth place entering the clean and jerk portion.

Jin had a successful lift of 220kg in his first attempt. He tried 225kg for his next attempt but couldn't get his left leg straightened out into a proper standing position to complete the jerk.

Jin then tried 230kg but couldn't lift the barbell above his head. 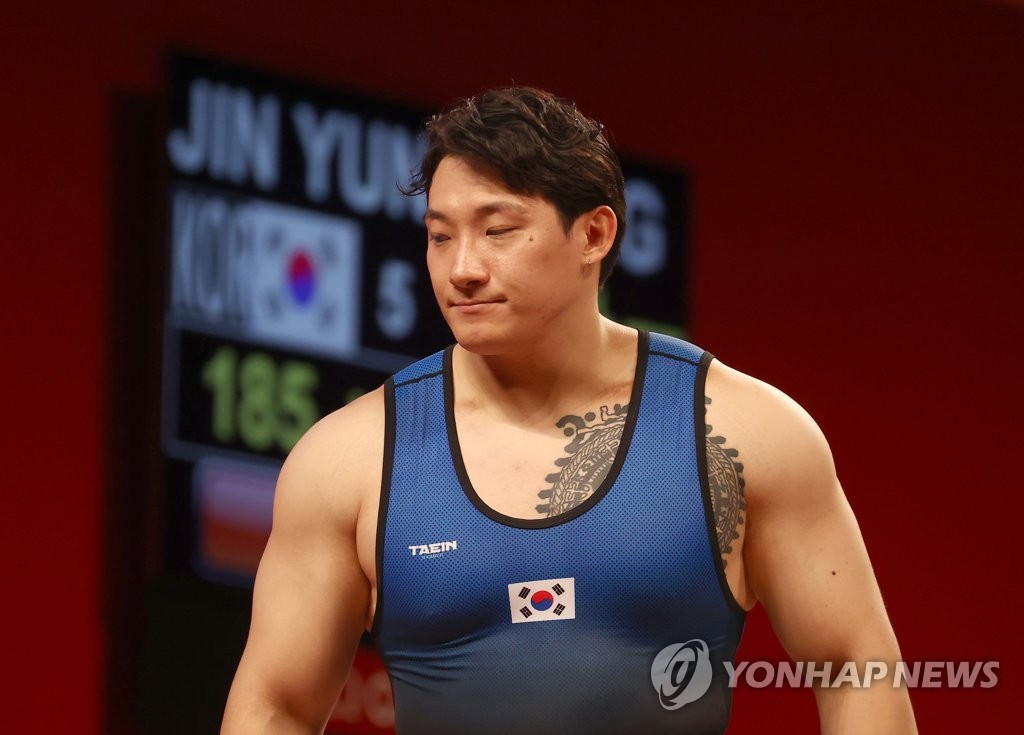 (Olympics) Medal prospect finishes out of contention in weightlifting

(Olympics) Medal prospect finishes out of contention in weightlifting