TOKYO, Aug. 3 (Yonhap) -- As he was preparing for the Tokyo Olympics in a new weight class, South Korean weightlifter Jin Yun-seong kept hitting a wall.

The 25-year-old had been competing in the 102kg class and even won a silver medal at the world championships in 2019. But the reorganization of weight categories for the Olympics eliminated his division. Jin had to move up to 109kg. 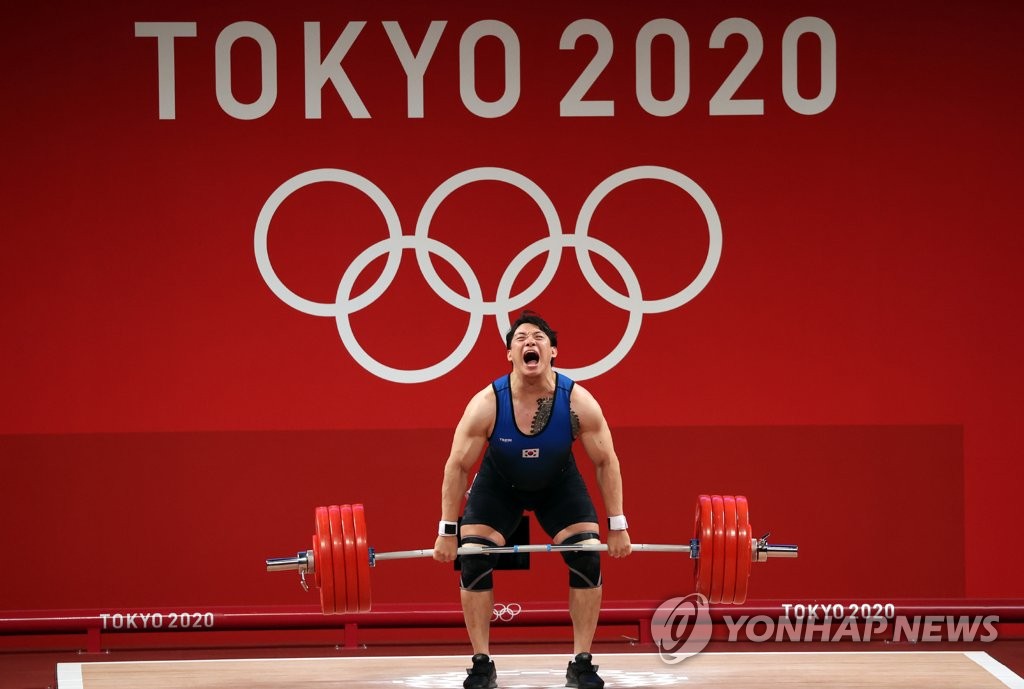 Moving up a class isn't quite as simple as putting on extra weight. Adding strength along the way is crucial and often much easier said than done. But Jin kept pushing himself, even in moments when he had to wonder if he had anything left.

Among nine lifters competing in the 109kg class Tuesday at Tokyo International Forum, Jin was the lightest at 107.3kg. No one else weighed below 108kg.

Jin's lack of body weight or strength may not entirely explain his sixth-place finish on Tuesday, with a 400kg total from 180kg in snatch and 220kg in clean and jerk. But it provides at least some context.

"I still need to put on more weight," Jin said. "But that only means I have potential for further development. I'll try to be a more complete lifter in time for the Paris Olympics (in 2024) and win a gold medal." 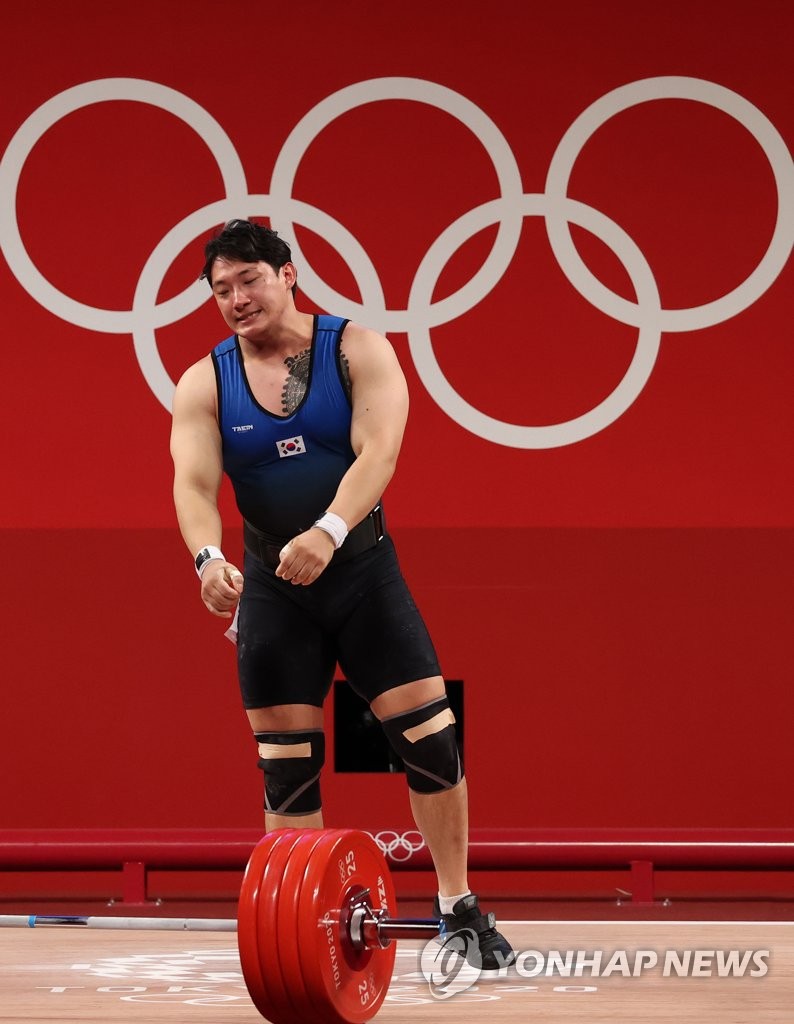 Though he choked back on tears, Jin stayed upbeat throughout the interview.

Jin lifted 180kg in his first snatch attempt but failed to clear 185kg over his next two tries. He did lift the barbell above his head in that last try but referees ruled that his elbows had bent.

"My plan was to put up 185kg in the snatch," Jin said. "I'd only tried it but never succeeded. I know I still need more work but I have no regrets."

For the final attempt, he had the barbell up to his clavicle but couldn't get it above his head.

"It's great that I even got up with that weight," Jin said. "I think I can only get better from here."

Jin said he was emotional because he felt like he'd let too many people down.

"I have to get it together now. I did find a lot of positive takeaways here, too," Jin said. "It's not easy going up against bigger lifters in this weight class. But I want to keep challenging myself. That way, I won't have any regrets." 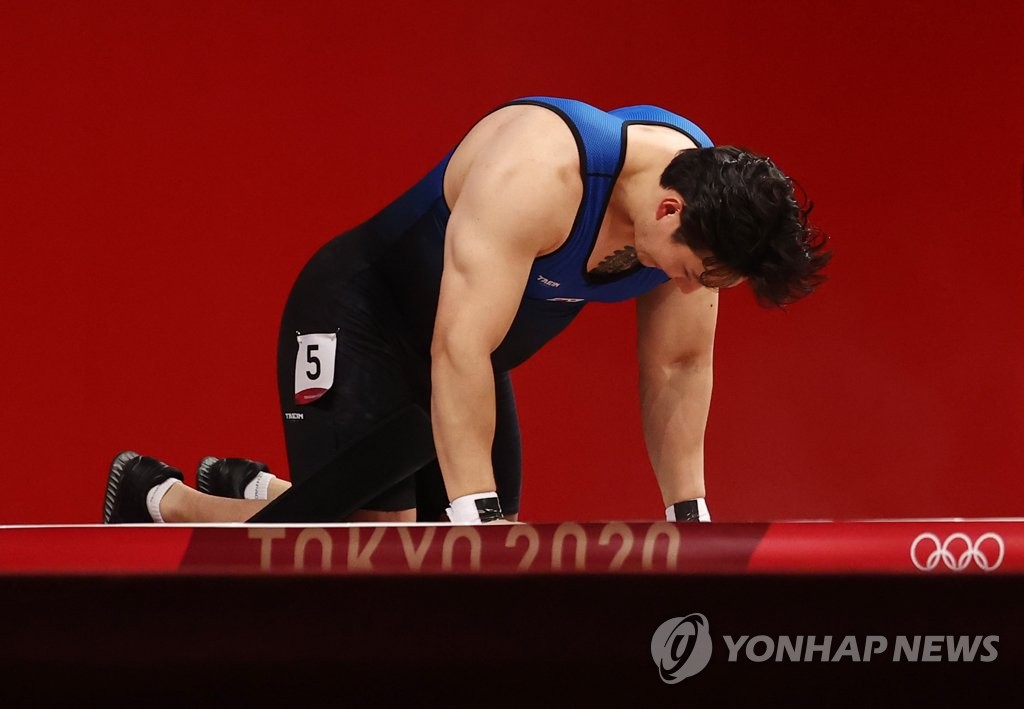 (Olympics) Weightlifter hopeful for better future after pushing himself to limits

(Olympics) Weightlifter hopeful for better future after pushing himself to limits