"(The government) will closely monitor the trends for one or two more days and decide the level of social distancing (guidelines) to be effective from next week during a Friday meeting of the Central Disaster and Safety Countermeasure Headquarters," he said while chairing an interagency meeting on the coronavirus. 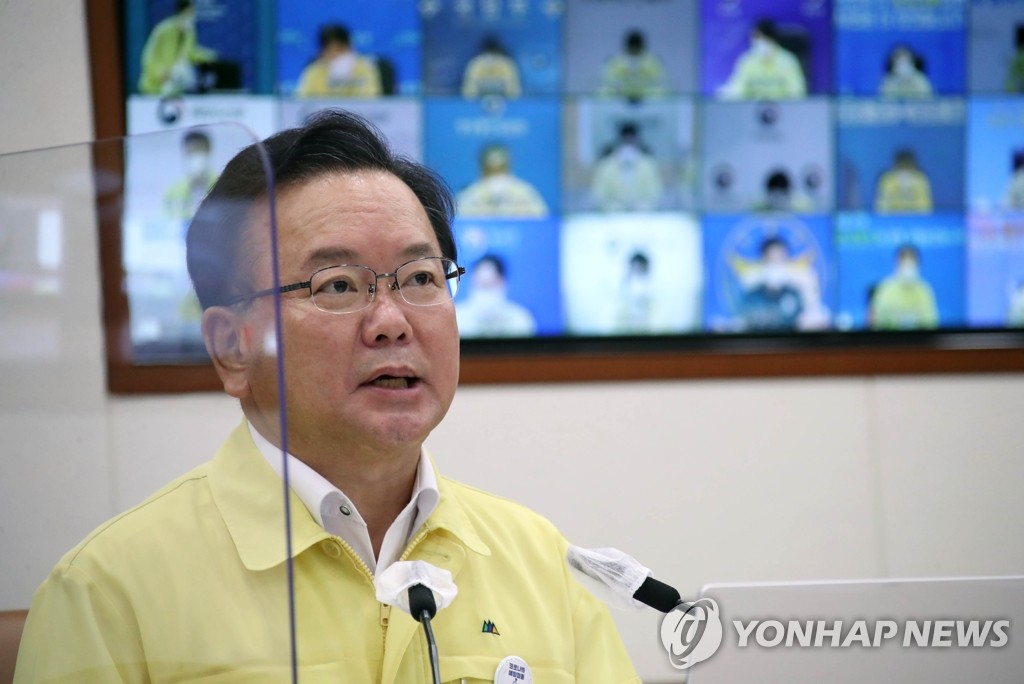 The strictest Level 4 regulations are in place in Seoul, Gyeonggi Province and Incheon, with the Level 3 measures applied across the remaining parts of the country. The restrictions are slated to expire this weekend.

Many say it would be hard for the authorities to lower the alert level, given the unrelenting spread of the virus nationwide.

At issue is whether to maintain the ban on private gatherings of more than two people after 6 p.m. in the Seoul metropolitan area.

The measure is "harsh" and has even been deemed "excessive" for mom-and-pop businesses, Kim said in a radio interview.

Among what should be considered is that the measure has been dealing a critical blow to small businesses despite its effects on virus control and prevention, he added in the interview with YTN.

He reiterated the importance of reaching herd immunity as early as possible via vaccinations, describing it as a "fundamental resolution."