SEOUL, Aug. 4 (Yonhap) -- A plan by Gyeonggi Gov. Lee Jae-myung to provide universal virus handouts across his province has become the latest lightning rod topic in the ruling party's presidential primary race, with rivals blasting the party front-runner for contesting a parliamentary agreement to reduce the scope of stimulus check recipients.

Last month, the National Assembly passed a 34.9 trillion-won (US$30.3 billion) extra budget bill aimed at propping up the economy battered by the COVID-19 pandemic, including a package to bankroll stimulus checks worth around 250,000 won to individuals in the bottom 88 percent income bracket.

Specifically, the 88 percent rate was reached from back-and-forth negotiations between the ruling Democratic Party (DP), which had initially pressed for universal stimulus checks to benefit all citizens, and the opposition People Power Party (PPP), which called for a more targeted and concentrated support scheme for virus-hit small businesses. 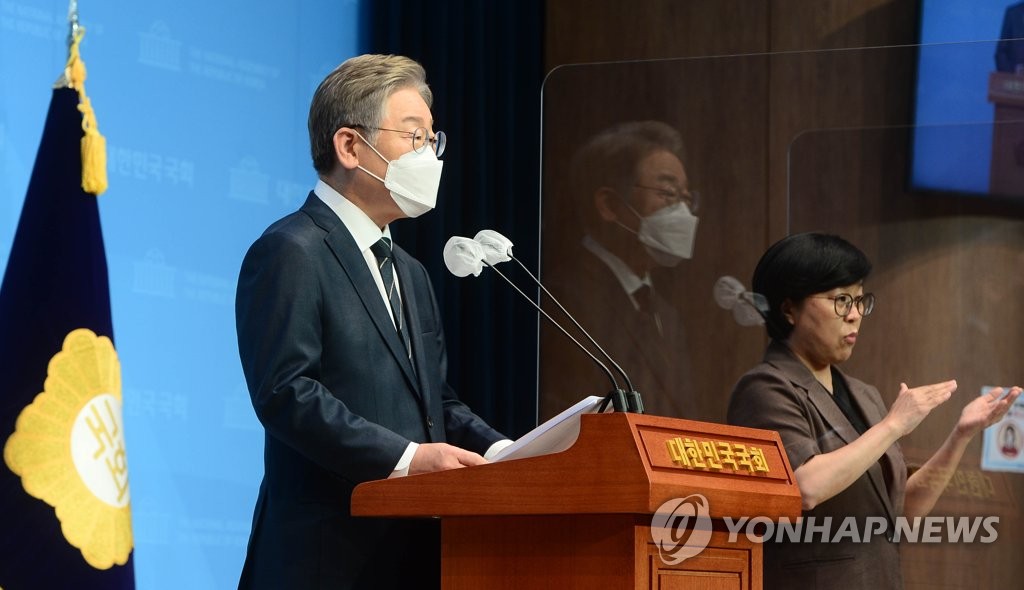 Earlier this week, Gov. Lee, who is maintaining a comfortable lead among the DP's presidential contenders, said he was "reviewing providing support funds to the 12 percent of provincial residents excluded from the virus relief recipient pool" using the province's own coffers.

The governor has been a staunch proponent of the idea of universal basic income, anchored on the idea of providing enough government-ensured income for people to meet basic material needs against the backdrop of increasing job displacements.

An official at the governor's campaign team explained that "Gov. Lee's consistent vision has been that universal support without discrimination (of economic status) is much more effective in terms of policy."

"While it is basically a matter that Gyeonggi Province should decide, it is also what the National Assembly decided upon through a bipartisan agreement," Rep. Lee Nak-yon, former DP chairman and the governor's closest rival, said.

A key official from Rep. Lee's team lashed out at the governor, saying that he was "campaigning using the Gyeonggi Province budget."

Former Prime Minister Chung Sye-kyun also piled on, saying the governor was making such a decision "due to his lack of experience in administrating state affairs."

He added, "What should other cities and provinces do when Gyeonggi Province repeals a decision reached through a difficult process?"

Rep. Park Yong-jin also took a swipe, asking why people in others regions should feel disadvantaged despite all being South Koreans. Rep. Kim Doo-gwan described the plan as being "extremely divisive." 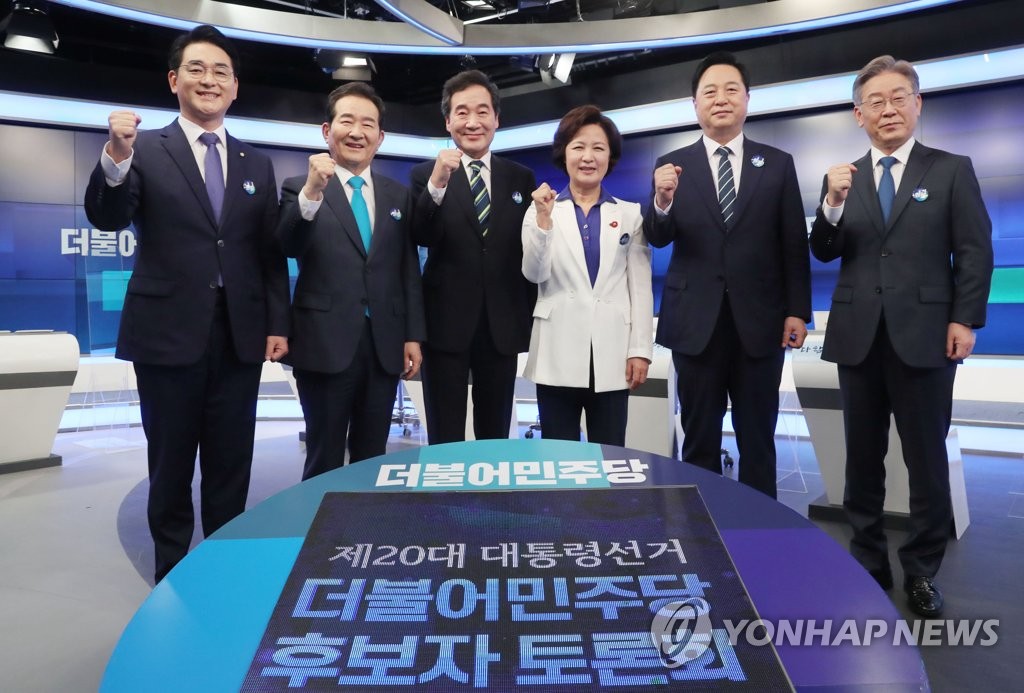 Despite the governor's pledge, it is unclear whether his office can actually distribute provincial funds to those in the supposed 12 percent of the top income bracket, as a number of heads of municipalities and counties within the province are reportedly against the idea.

The political brouhaha is the latest in an already intense slugfest between the DP's primary contenders, centered mainly on Gov. Lee and Rep. Lee, seen as spiraling more and more out of control with the progression of the race.

Recently, Gov. Lee's campaign team has pressed the ex-DP chairman over his supposed ambiguous stance regarding the parliamentary impeachment motion of former President Roh Moo-hyun in 2004.

Rep. Lee's campaign, meanwhile, has raised questions over the governor's past felony records in light of revelations of Gov. Lee's conviction and fine for driving under the influence in 2004, suggesting the governor may have more undisclosed police probe records.

The highly charged clashes between the two campaign teams are expected to continue despite repeated warnings from the party's primary management committee against excessive political offenses during the race. Rep. Lee bolstered the number of his campaign spokespeople from three to nine Tuesday, in an apparent effort to strengthen his offense against the governor in the media.