TOKYO, Aug. 4 (Yonhap) -- For South Korea's knockout match against Turkey in the Tokyo Olympic women's volleyball tournament Wednesday, captain Kim Yeon-koung put her team on her back and said, "Follow me, girls."

South Korea is back in the women's volleyball semifinals for the first time since 2012.

Kim led all players with 28 points, further cementing her legacy as the greatest volleyball player ever to come out of South Korea. 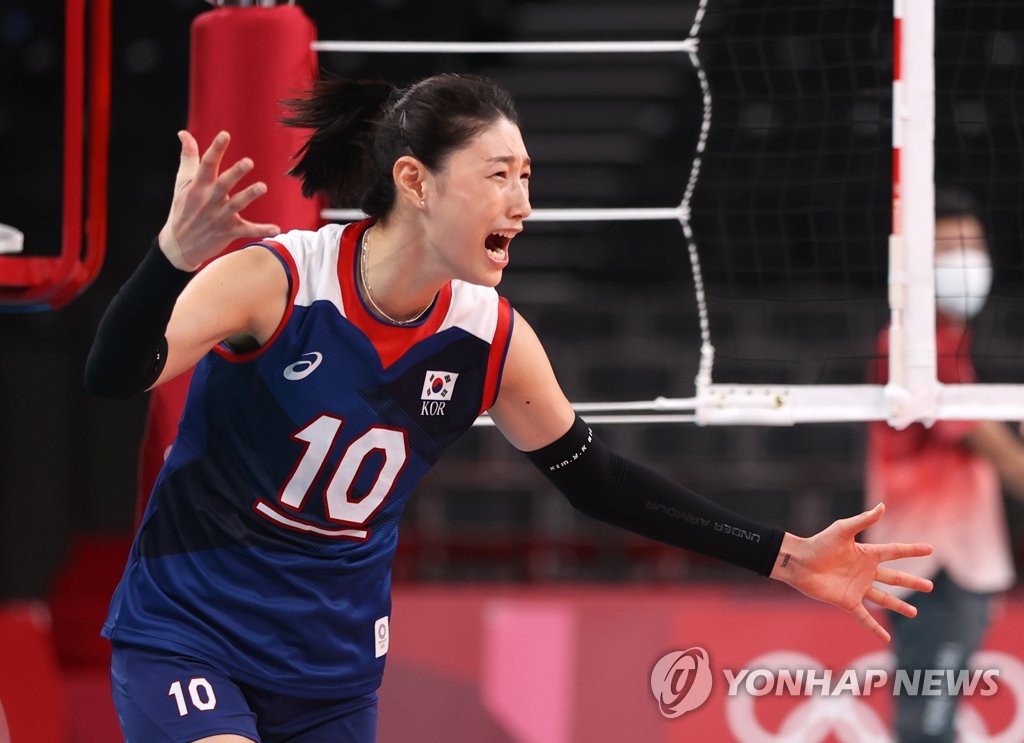 Just as much as her teammates believe in Kim's ability to take them to improbable victories, with a combination of her otherworldly talent and leadership skills, Kim has faith in the team's level of preparations.

"I wonder if anyone thought we'd beat Turkey," Kim said. "But we came together as a team. And we have so much belief and confidence in all the work we've put in to get ready for the Olympics."

To wit: The volleyball team has spent the big chunk of the year living and training in a bubble.

They were holed up inside the Jincheon National Training Center in Jincheon, about 90 kilometers south of Seoul, for a few months on end, not allowed to go outside the facility because of COVID-19 restrictions.

The team traveled overseas to play in the Volleyball Nations League tournaments. The players and coaches all followed strict coronavirus protocols and had to quarantine upon returning home.

Kim quipped that spending the whole time with her teammates have made them only grow tighter.

"Looking back on it now from this vantage point, I now think that it has all been worth it," Kim said. "We all want to go out and spend time outside. But we all understand what's really important."

South Korea has now won all five-setters so far in Tokyo, having beaten the Dominican Republic and Japan in the preliminary round before doing the same against Turkey. 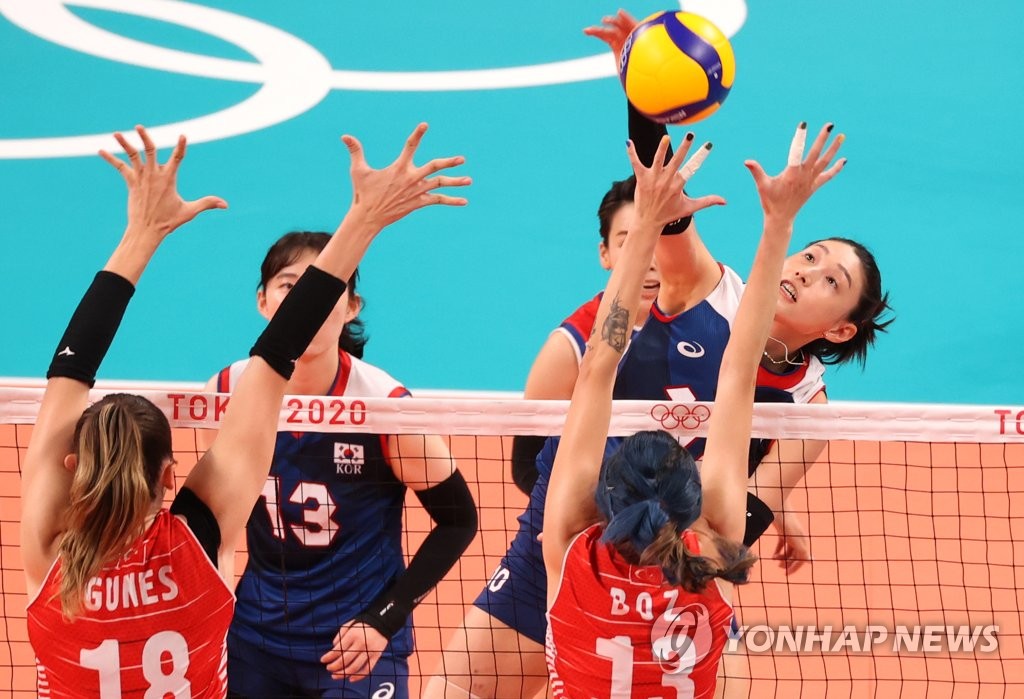 "After the fourth set, the girls started talking about how we've never lost in five sets," Kim said. "They said there's no way we'll lose this match. We had some dicey moments in the fifth set, but we never lost our confidence."

This is Kim's third and likely final Olympics at age 33. She was the tournament's leading scorer and MVP at the 2012 London Olympics, where South Korea lost to Japan in the bronze medal match. That Kim was named the best player of the competition where her team didn't even win a medal illustrates how dominant she was.

Kim said reaching the semifinals back then didn't particularly strike her as significant. She cherishes it more now.

"I appreciate this one a bit more because I know how hard everyone has worked to get to this point," Kim added.

After Turkey claimed the first set 25-17, few would have been surprised if it had gone on to beat South Korea in straight sets. But then South Korea won the next two sets to push Turkey to the brink.

Turkey responded by taking the fourth set and held a 6-3 lead to open the final frame.

South Korea got its groove back and held three match points at 14-11. Turkey then battled back to win the next two points, forcing South Korea to call a timeout. 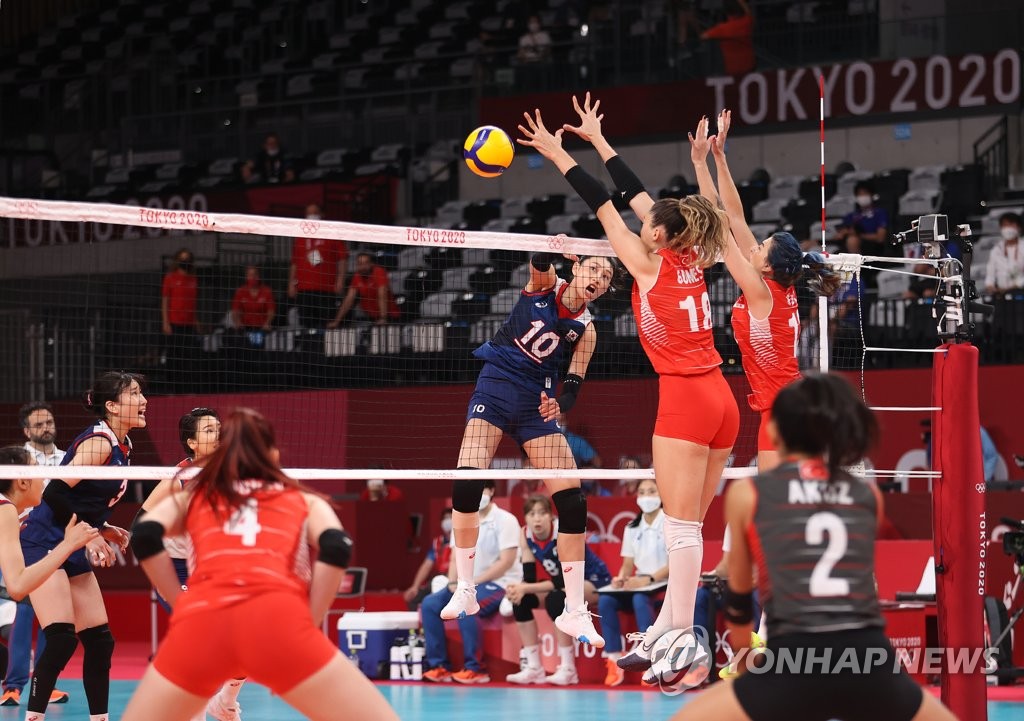 Kim played the role of a coach during the huddle.

"It was important to get inexperienced players settled down," she said. "I just told them we should stay calm and composed, and not rush anything."

And they kept calm and did the only thing that could have sealed the win: Find Kim for the match-winning spike.

Kim said her approach will remain the same for the semifinals and beyond.

"No matter how the match turns out, we'll just battle for each and every point," she said. "We'll make sure we have no regrets at the end." 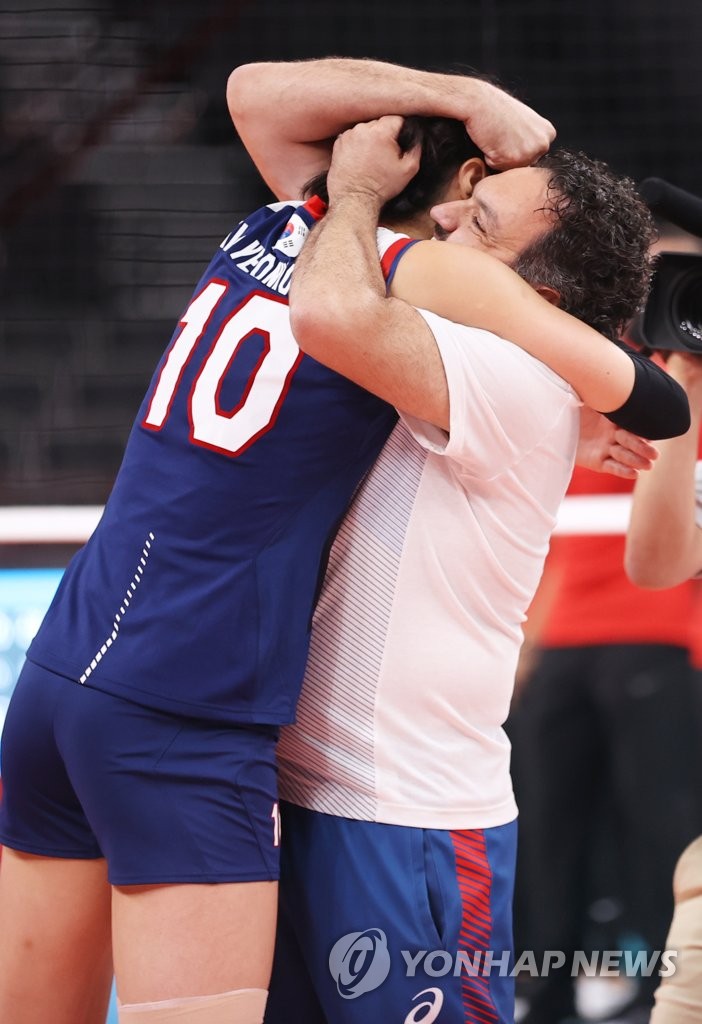