SEOUL, Aug. 4 (Yonhap) -- President Moon Jae-in said Wednesday that South Korea's military has lost public trust due to some recent incidents, while it has contributed to regional peace and the fight against COVID-19, according to his office.

Moon raised the need for the military to start afresh in efforts to regain the trust of the people, holding a rare Cheong Wa Dae meeting with top military commanders. Attendees included Defense Minister Suh Wook and Joint Chiefs of Staff Chairman Gen. Won In-choul, as well as the chiefs of the Army, Navy, Air Force and Marine Corps. 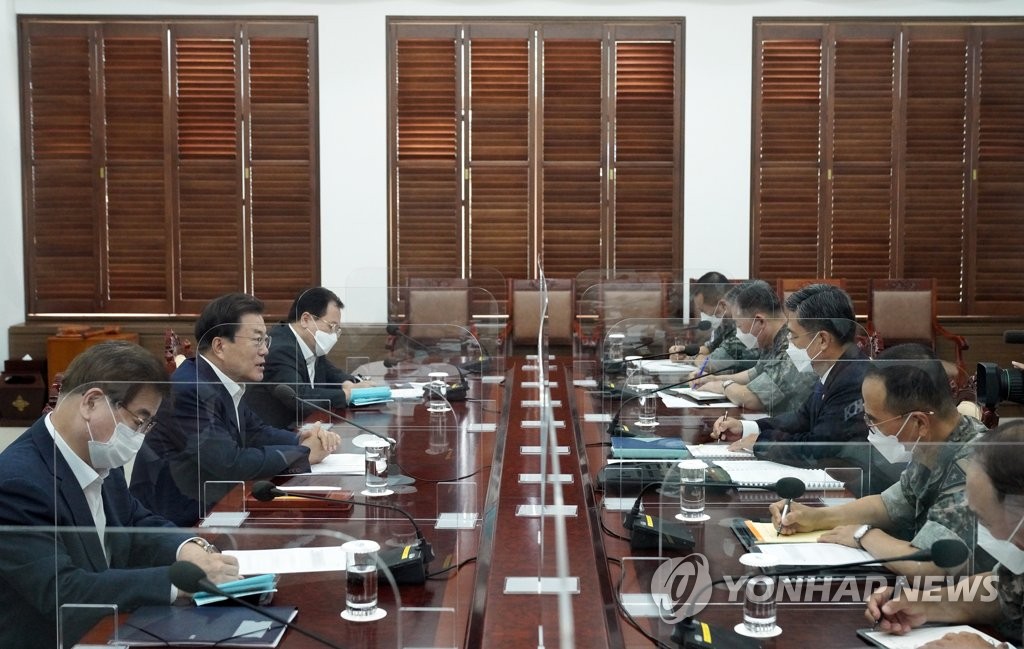 Moon pointed out that it was a "serious incident that shocked the public" and that there were a lot of problems in handling it, including false reporting and a cover-up.