SEOUL, Aug. 4 (Yonhap) -- Standard & Poor's Global Ratings (S&P) said Wednesday the Bank of Korea (BOK) is expected to raise the key interest rate to 1.25 percent by the end of next year as South Korea's central bank is preparing to tighten monetary policy amid an economic recovery.

Vishrut Rana, economist for Asia-Pacific at S&P, told a webinar that his agency does not see the need to revise down its 2021 growth forecast for the South Korean economy, currently at 4 percent, amid the pandemic.

Rana said that the BOK is expected to conduct three rounds of rate hikes by the end of next year.

In July, the BOK left the benchmark interest rate at a record low of 0.5 percent amid the fourth wave of the pandemic.

But the minutes from the rate-setting meeting on July 15 showed policymakers see the need to start to readjust its ultra-low rate policy in the near future amid the economic recovery and deepening financial imbalances.

As BOK Gov. Lee Ju-yeol strongly hinted the central bank may hike the rate by the end of this year, some experts penciled in a rate increase for as early as August.

The BOK slashed the base rate by a combined 0.75 percentage point between March and May 2020 to bolster the pandemic-hit economy.

He said the recovery of private consumption could slow due to spiking virus cases, but this would be offset by the country's robust exports.

In April, S&P maintained its credit rating on South Korea at "AA," the third-highest level on the company's table. It has kept South Korea's sovereign rating at "AA" since August 2016. 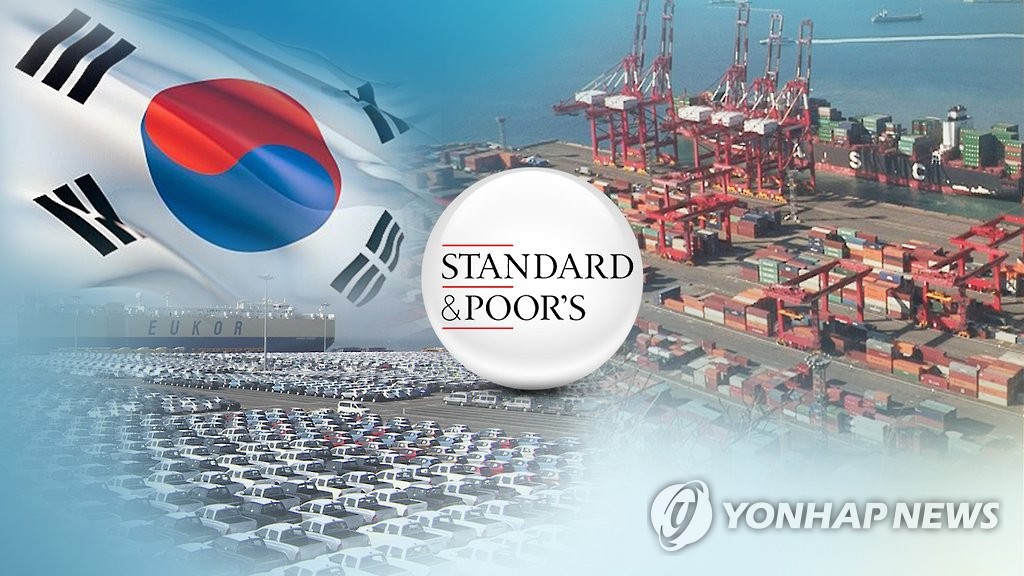