SEOUL, Aug. 4 (Yonhap) -- South Korea lost in straight sets to China in the semifinals of the men's table tennis team competition at the Tokyo Olympics on Wednesday.

In the semifinals held at Tokyo Metropolitan Gymnasium in the Japanese capital, the South Korean team of Jeoung Young-sik, Lee Sang-su and Jang Woo-jin was overwhelmed by the Chinese trio of Xu Xin, Ma Long and Fan Zhendong 3-0.

South Korea will face either Japan or Germany for the bronze medal Friday. 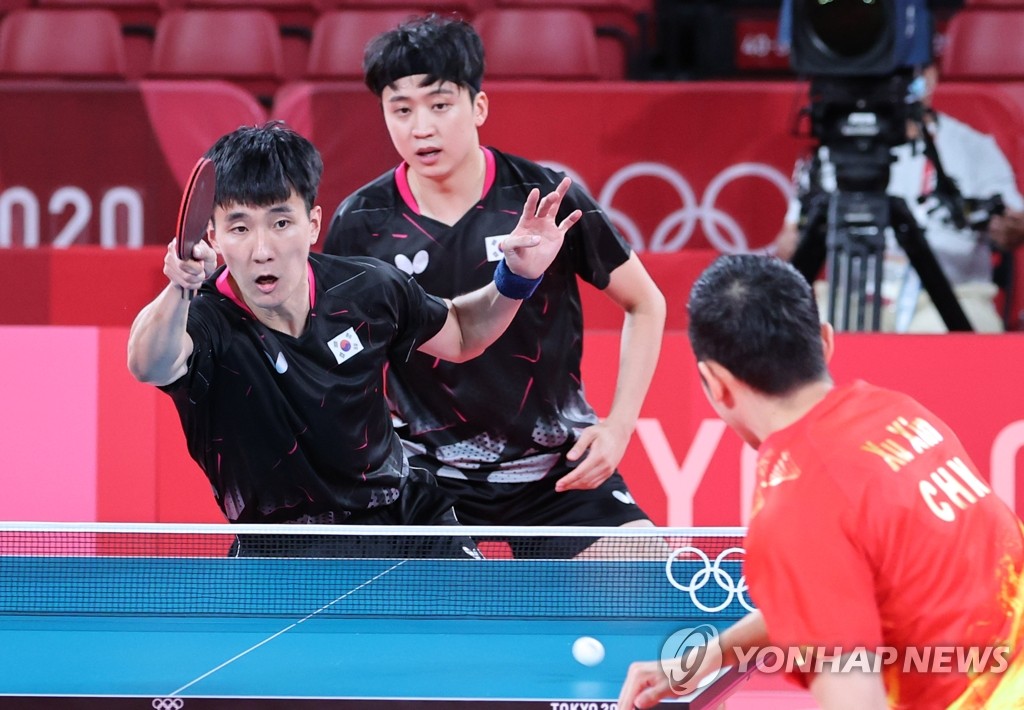 Lee, who won two sets in the third match against the singles gold medalist, said he did everything to threaten the Chinese, the singular force in international ping pong.

China has dominated the table tennis competition in the Olympics, having collected 28 out of 33 gold medals in the event so far. In international team matches, South Korea has beaten China just once in 26 meetings. That lone victory came in 1995.

"I was just trying to win my match and lead it to Jang for the fourth," he said. "I tried to do my best to give it all against Ma Long."

Despite the semifinal loss, he is confident that his team can still win a medal at the Tokyo Olympics.

The South Korean table tennis players are on the verge of leaving the Tokyo Olympics empty handed. All singles and doubles players failed to reach the semifinals, while the women's team lost in the quarterfinals.

"We will show what we have prepared so far in the Friday match," he said. "We can win against any team. I don't think that we will leave here without a medal." 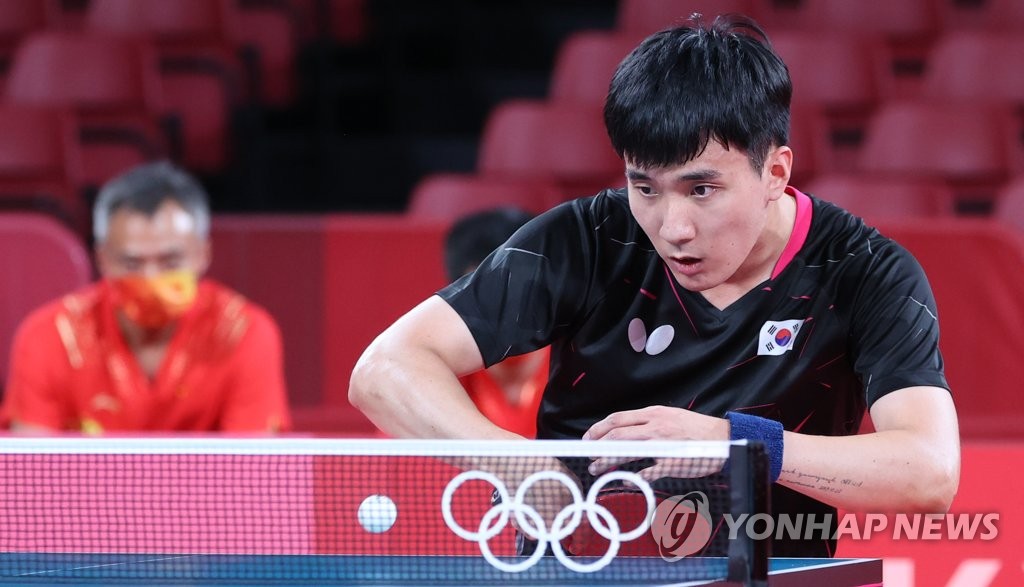