The defense project promotion committee held a videoconference and approved the plan for the 3.5 trillion won (US$3.1 billion) Ulsan-class Batch IV project, according to the Defense Acquisition Program Administration.

"The project is expected to enhance the military's maritime operational capabilities, as well as contribute to securing up-to-date technologies and creating jobs," the agency said in a release.

The total budget for the program, which will run from 2023-2032, is subject to review and confirmation following a feasibility study.

During Wednesday's meeting, the committee also decided to change the lead developer for the upgrade of light torpedoes from the state-run Agency for Defense Development to a local company.

The change is expected to help the local defense industry enhance its capabilities to conduct various research projects, the agency said. 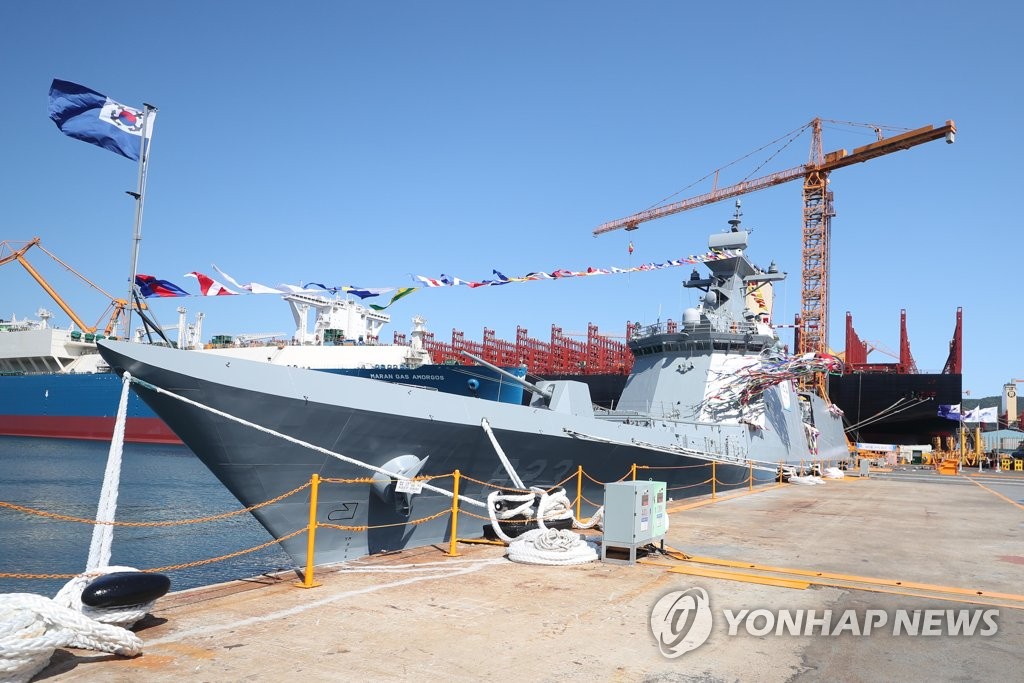