YOKOHAMA, Japan, Aug. 4 (Yonhap) -- The exact same South Korean lineup that exploded for 18 hits and 11 runs in a seven-inning victory over Israel at the Tokyo Olympics on Monday couldn't get much going against superb Japanese pitching early in their semifinals matchup on Wednesday.

South Korea lost the game 5-2 at Yokohama Stadium in Yokohama, south of Tokyo. It managed five hits against the Japanese starter Yoshinobu Yamamoto while striking out nine times. 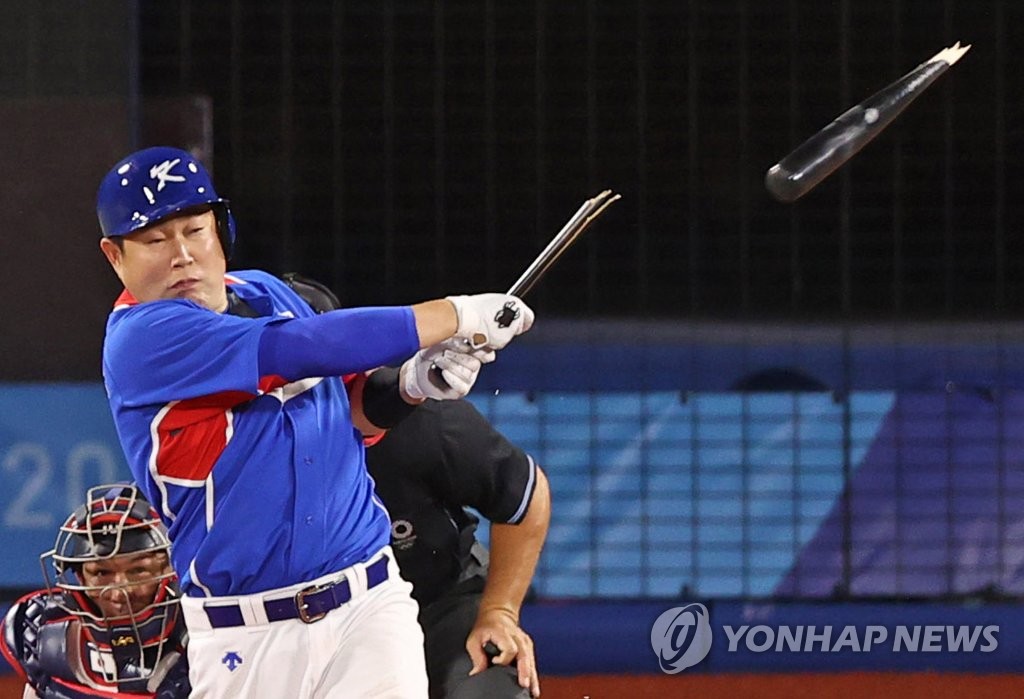 The South Korean batters made Yamamoto work in the first inning. Park Hae-min drew a leadoff walk, and moved to third when Lee Jung-hoo doubled to right field. South Korea failed to cash in, as the next two batters, Yang Eui-ji and Kim Hyun-soo, both struck out swinging.

South Korea put a runner on again in the second when Oh Ji-hwan got hit by a pitch with one out. But Hur Kyoung-min bounced into an inning-ending double play, and South Korea didn't have another baserunner until Hur's single with two outs in the fifth.

Even in the lone inning in which South Korea scored, it could have done so much more damage.

Park Hae-min singled to left and reached second on an error by left fielder Konsuke Kondoh. Kang Baek-ho promptly brought him home with a single.

Lee Jung-hoo kept the rally going with a single of his own, but cleanup Yang Eui-ji, batting 2-for-14 for the tournament before Wednesday, struck out swinging. Kim Hyun-soo's single brought in the run that tied the score at 2-2, but then the next two batters struck out against the new pitcher, Suguru Iwazaki.

South Korean starter Ko Young-pyo did his best to keep the team in the game. But Japan, while not explosive, was certainly more opportunistic. 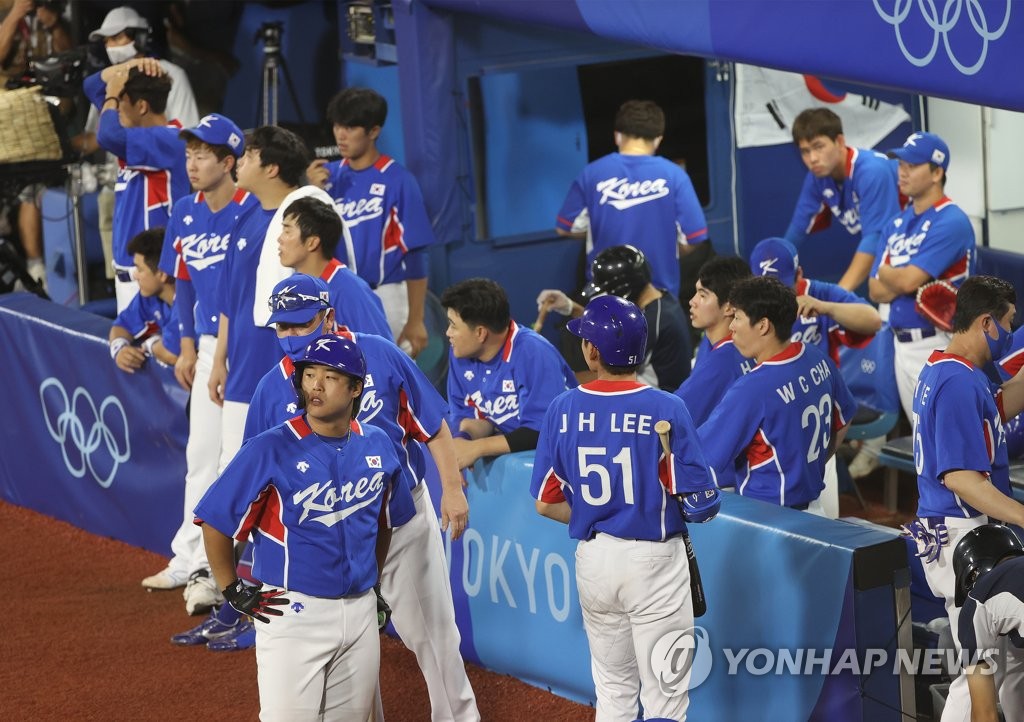 Japan put the first two batters aboard in the bottom third, and Hayato Sakamoto brought in the game's first run with a sacrifice fly,

Japan played a bit of small ball while taking a 2-0 lead in the fifth. Tetsuto Yamada led off the inning with a double, and Sakamoto, after failing to lay down a sacrifice bunt, still moved the runner over to third with a flyball to right field.

Masataka Yoshida then knocked a single to center field to the second Japanese run.

And once Japan loaded the bases in the eighth against the shaky reliever Go Woo-suk, Tetsuto Yamada made the last opportunity count by delivering a three-run double.

The 5-2 lead stood and sent Japan to the gold medal game. South Korea now has to beat the United States in a repechage game Thursday to have a chance to defend its gold medal from 2008.

Those numbers masked problems South Korea had driving in runners in scoring position in earlier games, or even in earlier innings of that 11-1 rout over Israel.

Against the Japanese pitching, better than any that South Korea had faced earlier in the tournament, some of those issues reared their heads again. 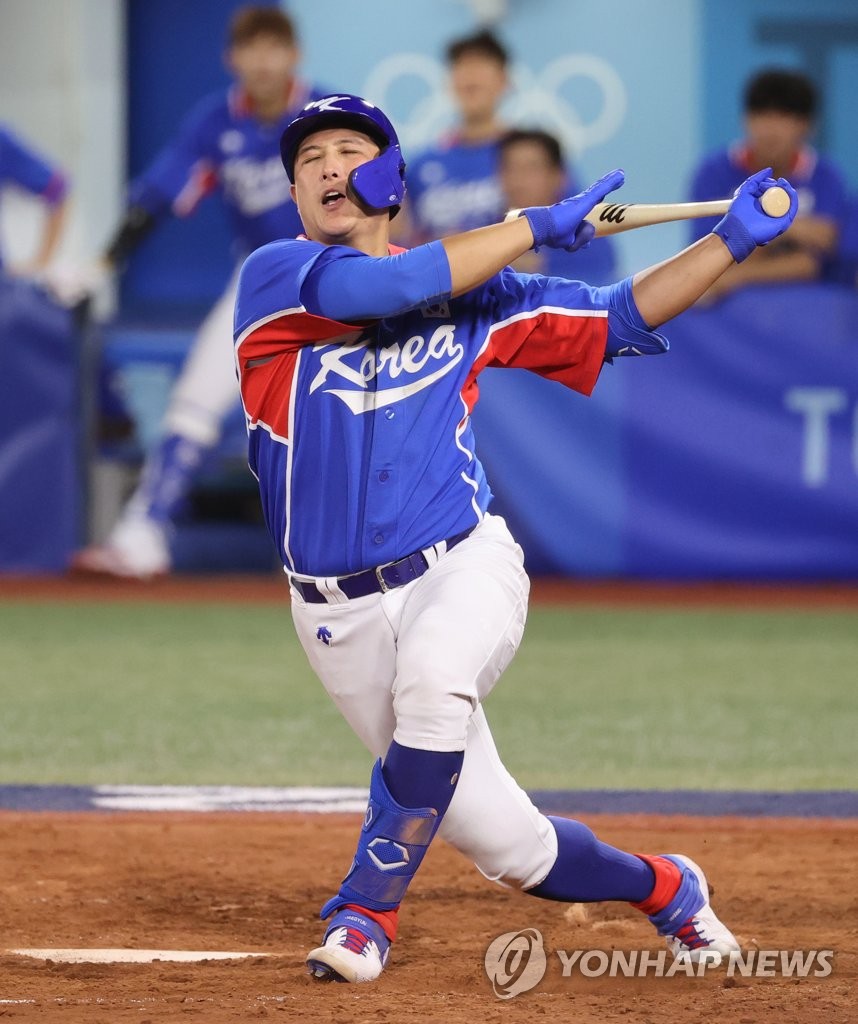