Seo, 17, ranked second to Janja Garnbret of Slovenia with a combined 85 points in the qualifying round of the inaugural Olympic sport at Aomi Urban Sports Park in Tokyo after three events -- speed, bouldering and lead.

Along with seven other finalists, Seo will contend for the gold medal in the finals to be held Friday. 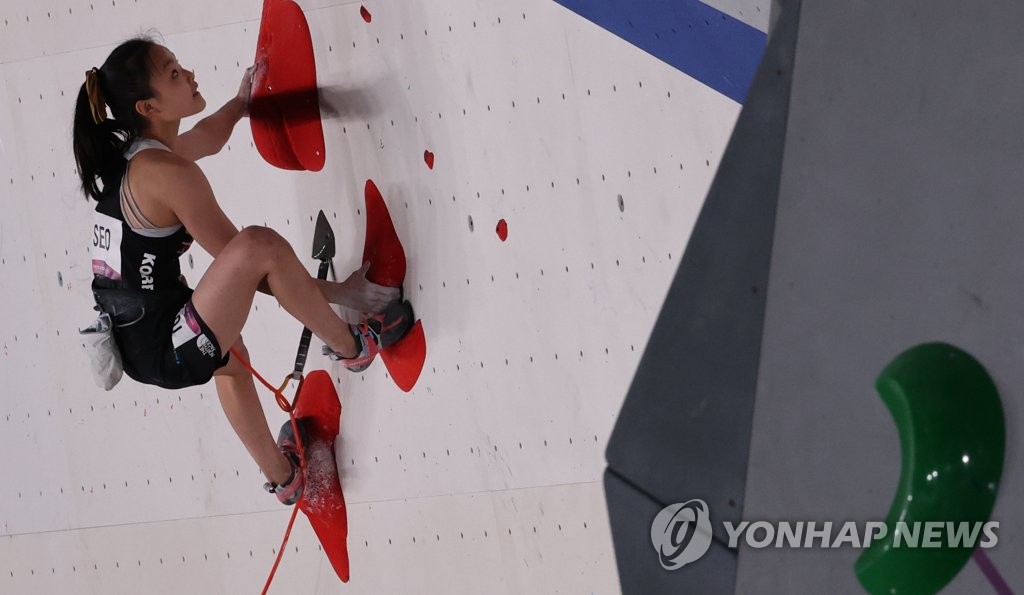 But she made a turnaround in the bouldering and lead competitions, both of which are known to be Seo's specialty.

She ranked fifth in bouldering, in which athletes have to climb a few tricky low walls in a limited time.

In the final lead event to climb as high as possible on a 15m wall, she topped the leaderboard of the race and shot up to second in the combined ranking.

Sport climbing is one of the four new sports that made their debut at the Tokyo Olympics.