YOKOHAMA, Japan, Aug. 4 (Yonhap) -- In South Korea's 5-2 loss to Japan in the semifinals of the Tokyo Olympic baseball tournament, one glaring miscue stood out.

In the bottom eighth, with the score tied at 2-2, reliever Go Woo-suk couldn't get his foot down on the bag while covering first base for what could have been an inning-ending double play. Konsuke Kondoh reached safely, and Go walked the next two batters -- one intentionally -- to load the bases. 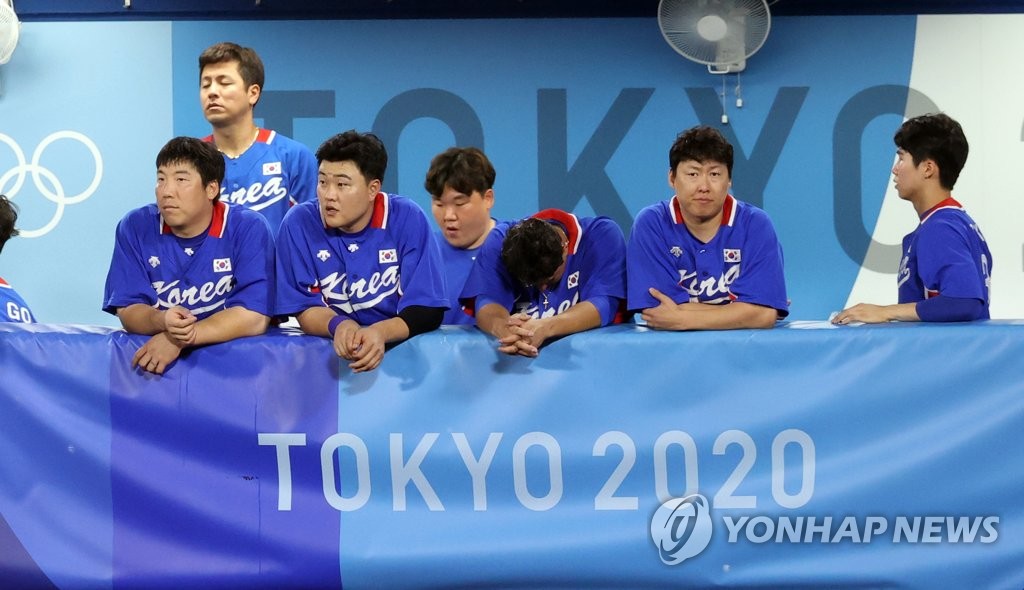 Tetsuto Yamada jumped on a first-pitch fastball from Go and struck the top of the wall in left center for a bases-clearing double. South Korea couldn't muster a comeback in the top of the ninth and will now fall to the repechage semifinals against the United States.

A win against the Americans on Thursday will send South Korea to the gold medal game and a rematch against Japan, but Kim was too stung about Wednesday's loss to think about the next game.

"When we lose, every moment sticks out as disappointing," Kim said. "I think we lost in every little detail. It's not anyone's fault. We didn't play well as a team."

Kim spoke about the challenges of hitting against pitchers for the first time, saying it's not as easy as it seems to just step up to the box and get hits off unfamiliar hurlers.

"At least we got to learn a few of those pitchers, but the Japanese team probably feels the same way," Kim said. "We just felt too much pressure early on. We have to shake that off more quickly the next time." 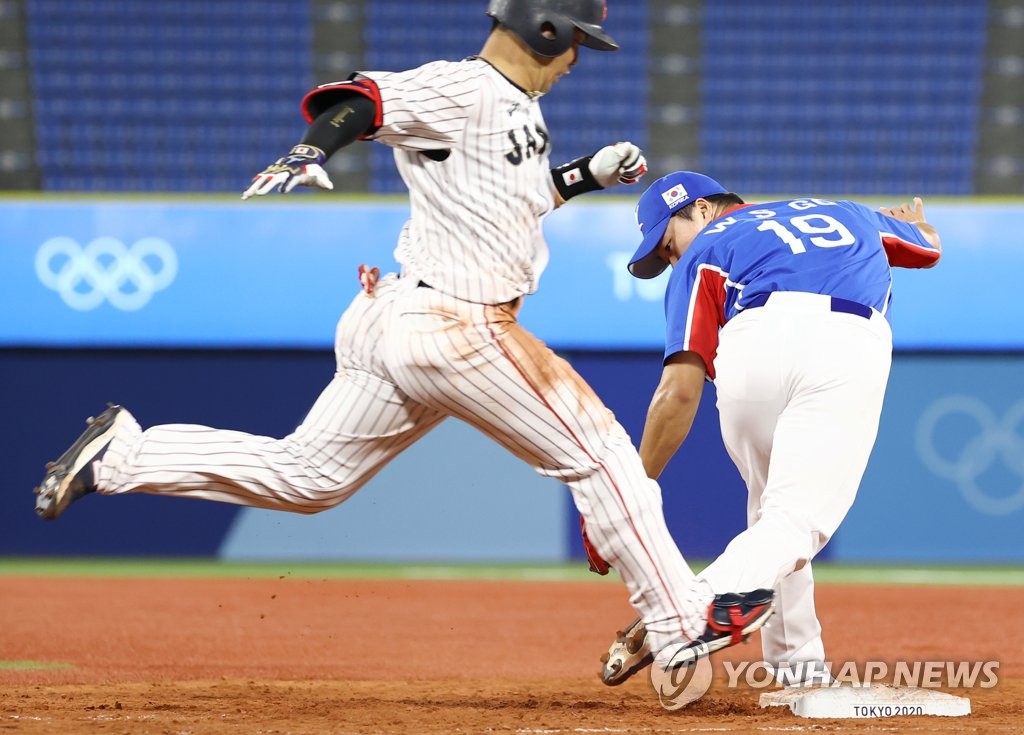 (Olympics) Baseball captain pins blame for loss on team, not any player

(Olympics) Baseball captain pins blame for loss on team, not any player