WASHINGTON, Aug. 4 (Yonhap) -- President Joe Biden will discuss a range of issues facing Asian American communities in the United States that include the fight against COVID-19 and voting rights, as well as anti-Asian hate incidents, a White House spokeswoman said Wednesday.

The president is set to meet with a group of Asian American, Pacific Islander (AAPI) community leaders on Thursday.

"The president looks forward to meeting with leaders of the AAPI community tomorrow," spokeswoman Jen Psaki said in a daily press briefing.

"They will discuss a range of topics, including, of course, economic investment, the fight against COVID, voting rights, which is certainly an issue that is of great importance to a range of communities who have been quite active on this issue, and obviously continuing discrimination that members of the AAPI community experience," she added. 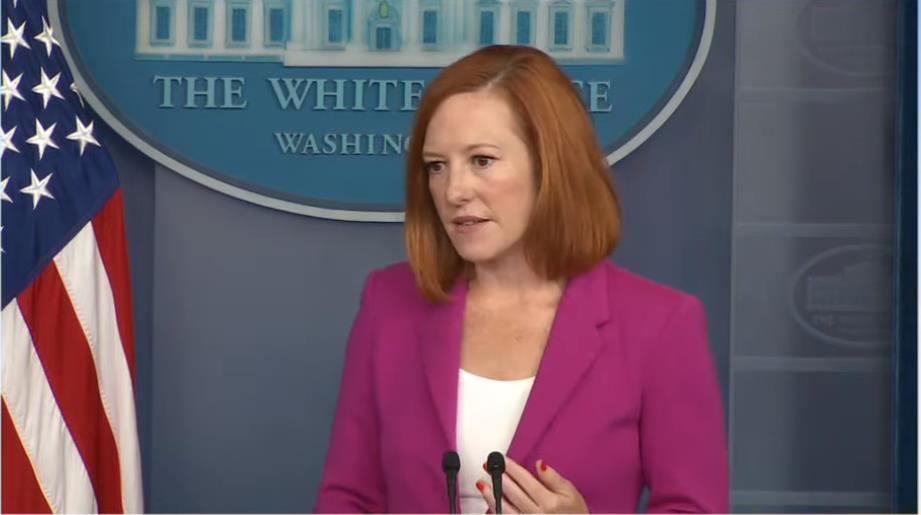 The U.S. has seen a rise in hate incidents and crimes targeting Asian Americans since the start of the COVID-19 pandemic early last year, which former President Donald Trump had frequently attributed to China and Chinese people, calling the new coronavirus "kung flu" or "China virus."

Thursday's meeting between Biden and AAPI community leaders will mark the second of its kind since the president took office in January. Biden held his first public meeting with AAPI members in March when he visited Atlanta in the aftermath of mass shootings at three day spas there that left eight people, six of Asian descent, killed.

He also held a meeting with member of the Congressional Asian Pacific American Caucus at the White House in April.

This week's meeting also follows Biden's meeting with Latin American community leaders on Tuesday that was aimed at rallying support for voting rights amid efforts in some Republican states to pass new bills that many believe may limit the people's voting rights.

Biden to address discrimination against Asian Americans in meeting with leaders: Psaki

Biden to address discrimination against Asian Americans in meeting with leaders: Psaki