WASHINGTON, Aug. 4 (Yonhap) -- The strong U.S.-South Korea alliance helps ensure peace and stability on the Korean Peninsula while it also allows the allies to engage with the recalcitrant North with strength and confidence, the commander of U.S. Indo-Pacific Command said Wednesday.

Adm. John Aquilino noted North Korea was "certainly a security challenge" that faces the U.S. in the region.

"The U.S.-ROK alliance is strong and ironclad. Our commitment with that treaty ally has been the foundation for peace and stability on the peninsula as we work towards a denuclearized peninsula as the common goal," the four-star admiral said in a virtual forum hosted by the Washington-based Aspen Institute think tank. 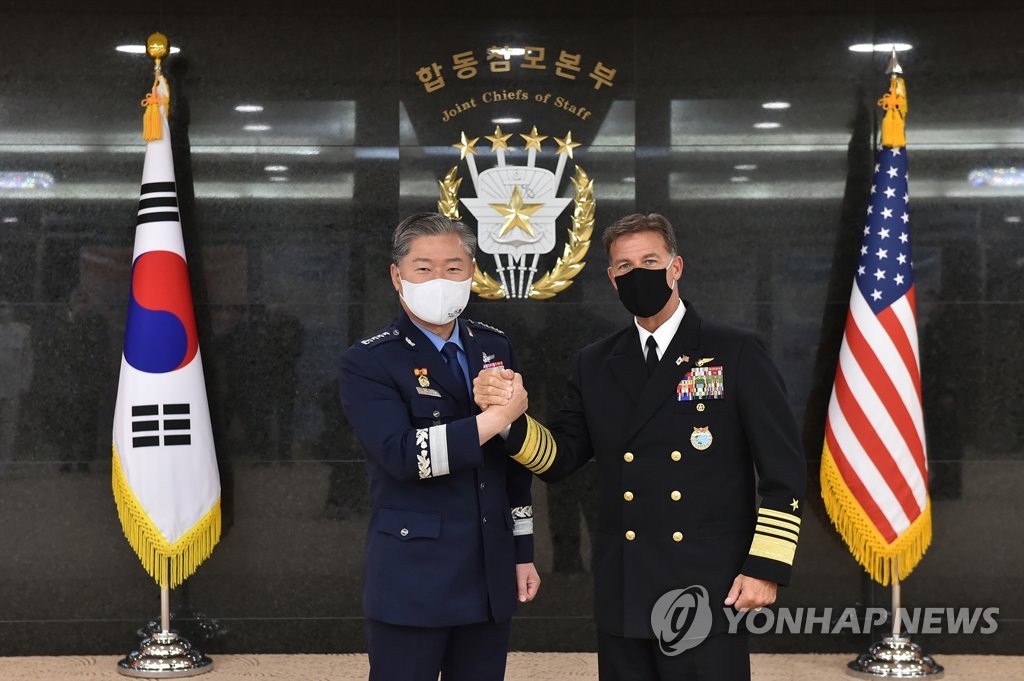 "From the military aspects, the alliance, as well as the strength that we have in the region, enables the U.S. government to do diplomacy from a position of strength, and I think that's what I would do my role as a part of this," he added.

The remark comes amid a growing cry in South Korea that the allies may need to postpone, if not cancel, their scheduled joint military exercise, set to begin later in the month, to help set the stage for a resumption of inter-Korean dialogue.

North Korea reopened its direct communication channels with South Korea last week, about 13 months after it unilaterally severed them.

Pyongyang, however, said the communication lines may be shut again if Seoul chooses to go ahead with the scheduled joint military drill. North Korea periodically accuses joint military exercises of South Korea and the United States as being rehearsals for their northward invasion.

Aquilino, based in Hawaii, highlighted the importance of U.S.-South Korea alliance, reiterating that its strength allows Secretary of State Antony Blinken to pursue diplomacy toward the North.

"It highlights our commitment to our allies and partners, and it enables Secretary Blinken and the administration to take on the actions towards our common goal of a denuclearized and peaceful peninsula," he said.