Construction permits issued for new homes stood at 230,761 units in the January-June period, up 22.2 percent from a year ago, according to the Ministry of Land, Infrastructure and Transport.

New construction permits in the South Korean capital of Seoul spiked 44.1 percent to 37,194 over the cited period.

New home permits issued in the capital area, which includes the western port city of Incheon and the adjacent province of Gyeonggi, climbed 17 percent on-year and those in the rest of the country swelled 24.8 percent.

By type, construction permits for new apartment buildings swelled 24.8 percent on-year in the first half, and those for other types of housing, such as row and detached houses, expanded 15.1 percent.

The number of groundbreakings for new homes also surged 23.5 percent on-year to 269,289 units in the six-month period.

The ministry also said the number of unsold apartments and houses came to 16,289 units as of end-June, up 4 percent from the previous month. 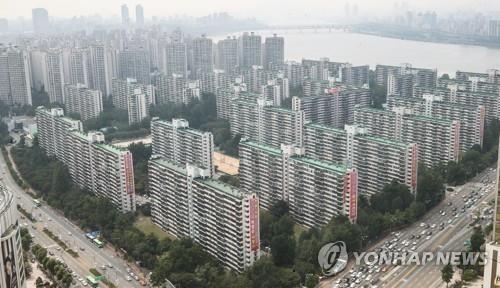