SEOUL, Aug. 5 (Yonhap) -- A South Korean internet-only bank Kakao Bank is slated to debut on the country's main stock market this week in one of this year's mega initial public offerings.

Kakao Bank will make its debut on the KOSPI market Friday, with its public offering price set at 39,000 won (US$34.1).

Kakao Bank, the larger of South Korea's two online lenders, hopes to raise 2.55 trillion won via its listing on the main bourse.

Its IPO has drawn a rather tepid response from retail investors with the subscription rate standing at 182.7:1 for shares allocated to them.

Based on its public offering price, Kakao Bank's market capitalization is estimated to reach around 18.5 trillion won.

Should its starting price be set at double the public offering price and its market price hit the daily limit on the listing day, its market value could soar to some 48.2 trillion won, according to market watchers.

Kakao Bank, led by Kakao Corp., the operator of the country's dominant messaging app KakaoTalk, has gained popularity among mobile-savvy customers in recent years thanks to its around-the-clock service and convenience.

In 2017, South Korea permitted two internet-only banks -- K-Bank and Kakao Bank -- to offer services around the clock in an effort to inject more competition into the banking sector. In early June this year, the country's financial regulator granted final approval for another industry player, Toss Bank, which is scheduled to open in September. 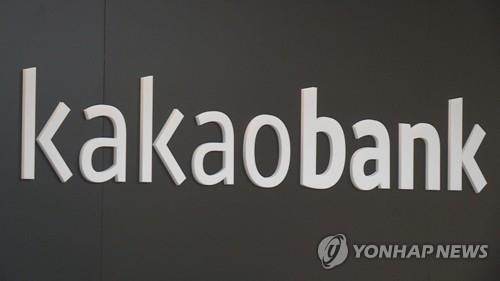