One service member arrived at Osan Air Base on a U.S. government chartered flight, and eleven service members, four civilians, three family members and one retiree arrived on international commercial flights at Incheon International Airport, west of Seoul. They arrived here between July 18 and Aug. 2, according to USFK.

Twelve of them tested positive on their first mandatory COVID-19 test prior to entering quarantine, the remaining eight were confirmed to have been infected while in isolation.

All of them have since been transferred to a facility designated for COVID-19 patients, either at Camp Humphreys or Osan Air Base, both located in Pyeongtaek, some 70 kilometers south of Seoul, it added.

The latest cases raised the total number of infections reported among the USFK-affiliated population to 1,159, most of whom tested positive upon their arrival here from the U.S. 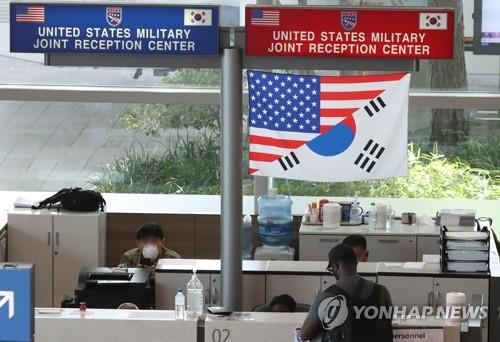