Choi was in Tehran to attend Thursday's presidential inauguration of Ebrahim Raisi, the former chief justice who won the presidential election in June to succeed Hassan Rouhani.

During Wednesday's talks with Abbas, Choi stressed South Korea has been making "exceptional" efforts to address the issue of Iran's frozen assets, based on which he said Seoul hopes to cement relations with the new administration in Tehran. 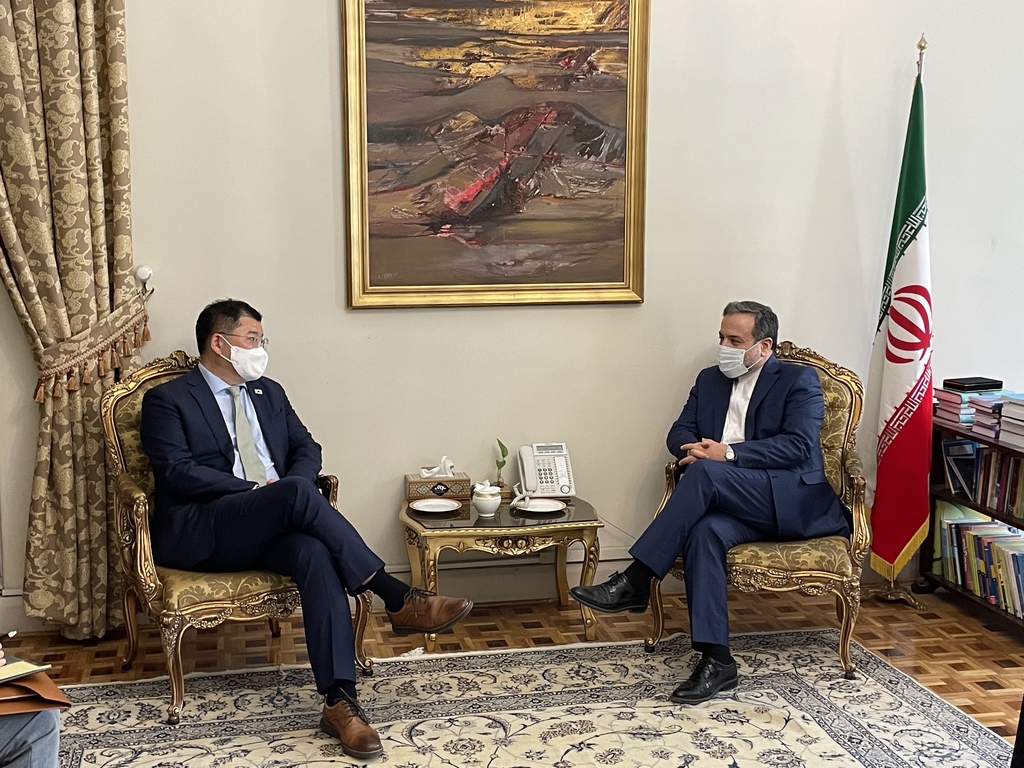 Choi also invited the new Iranian foreign minister to visit Seoul, as he voiced hope to expand high-level bilateral exchanges on the occasion of the 60th anniversary next year of the establishment of the two countries' diplomatic ties.

Noting Seoul's efforts to build friendly ties with Tehran, Araghchi reiterated his government's expectation that the issue of Iran's frozen money will be swiftly resolved, the ministry said.

Choi and Araghchi also discussed the negotiations over the restoration of a nuclear deal between Iran and world powers -- the Joint Comprehensive Plan of Action (JCPOA) -- and agreed to closely communicate based on the shared understanding that the deal is essential for the development of Seoul-Tehran ties, the ministry said.

Meanwhile, Choi also met with Deputy Secretary General of the European External Action Service Enrique Mora, who was also in Tehran to attend Raisi's official swearing-in. They agreed to continue cooperation on the JCPOA restoration.