SEOUL, Aug. 5 (Yonhap) -- Samsung Electronics Co. saw its smartphone market share in India decline in the second quarter of the year, a report showed Thursday, as the tech giant tries to fend off challenges from Chinese players.

Samsung represented 17.7 percent of the smartphone shipments in India in the April-June period, down from 25.7 percent a year earlier, according to market researcher Counterpoint Research. The figure was also down from a 20 percent share in the first quarter of the year.

The South Korean firm remained in the runner-up spot in the Indian smartphone market but failed to narrow the gap with top player Xiaomi Corp., whose market share reached 28.4 percent in the second quarter, only 0.1 percentage point down from a year ago.

Samsung was the only non-Chinese brand among the top five smartphone vendors in India. Vivo came in third with 15.1 percent, followed by Realme with 14.6 percent and Oppo with 10.4 percent. 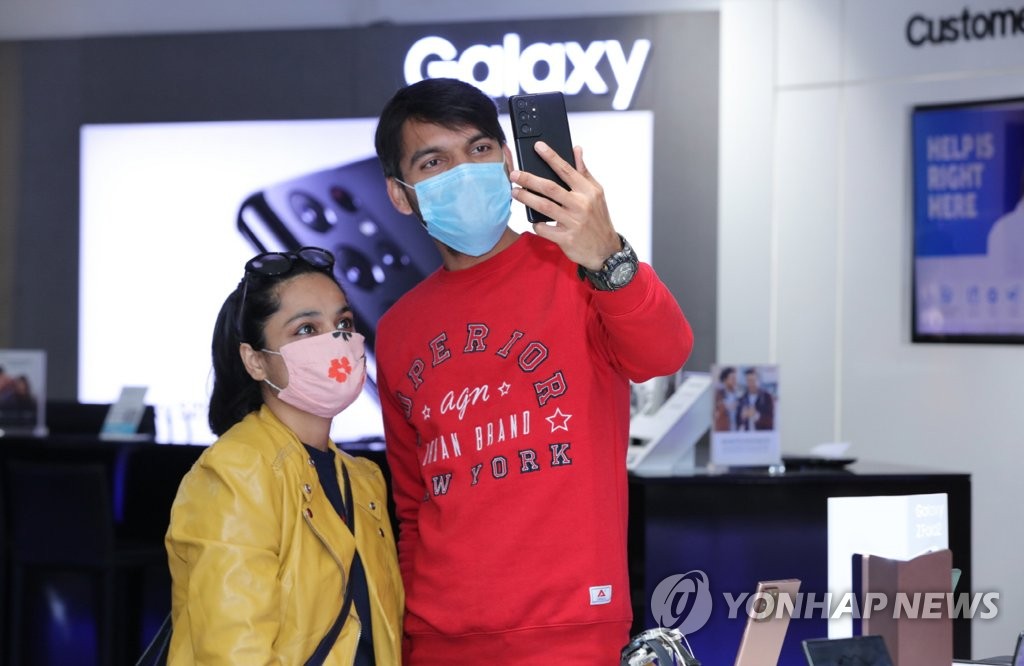 The overall Indian smartphone market expanded 82 percent on-year to reach over 33 million units in the second quarter, but it was down 14 percent from a quarter earlier due to the resurgence of COVID-19.

Despite a market share decline, Counterpoint Research said Samsung's smartphone shipments in India grew 25 percent on-year on the back of aggressive online sales.

"Its online-centric Galaxy M-series and F-series contributed to 66% shipments of the brand in Q2 2021," the market tracker said. "Samsung reached its highest-ever online share, an indication that the brand's online channel strategy is working well along with its e-store. Samsung led the upper mid-tier segment driven by the strong performance of the Galaxy A32, A52 and F62."