Koh Seung-beom, a former financial regulator and currently a member of the Bank of Korea's monetary policy board, was tapped to head the FSC, and Song Doo-hwan, senior attorney at law firm Hankyul, was nominated as chairman of the state rights watchdog.

Song in the past served as a Constitutional Court justice and also led a special counsel team in 2003 to investigate an alleged money-for-summit deal between South and North Korea in 2000. 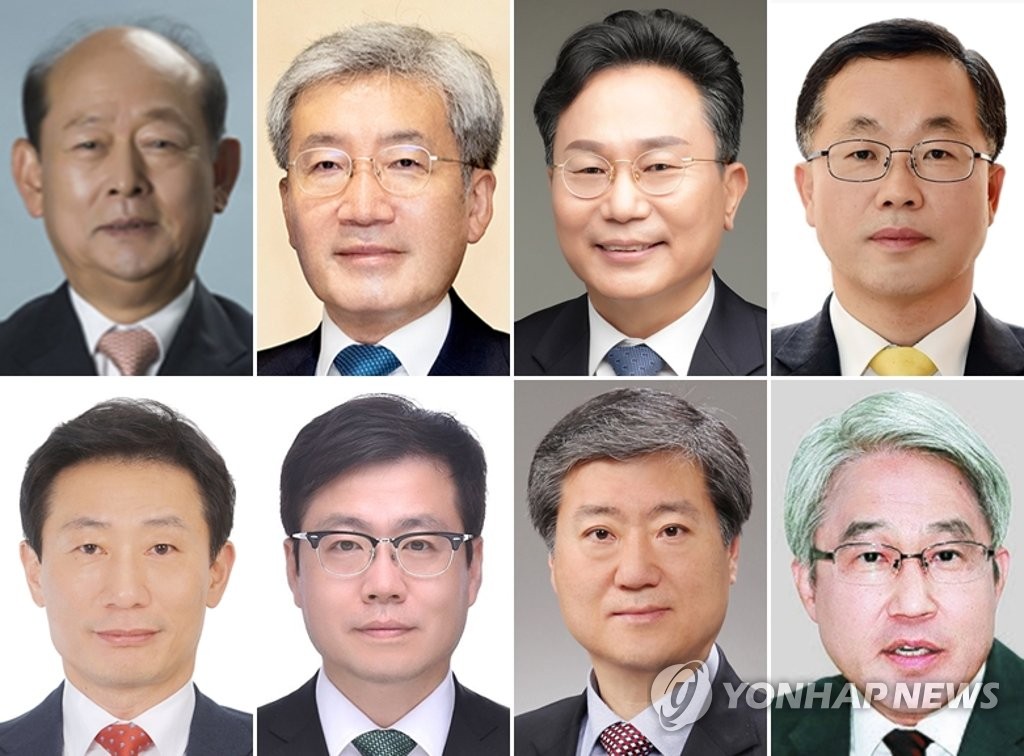 Park Moo-ik, the transportation ministry's transportation logistics office chief, was named as the head of the National Agency for Administrative City Construction, and Hong Hyun-ik, the head of security and strategy studies at the Sejong Institute, was tapped as the chancellor of the Korea National Diplomatic Academy.