The capital logged a minimum temperature of 25.6 C between Wednesday night and Thursday morning, according to the Korea Meteorological Administration (KMA).

A tropical night occurs when the temperature does not fall below 25 C during the nighttime.

That means Jeju had a total of 29 tropical nights up to date since last month, while Incheon, Busan and Yeosu had 21 such nights.

The KMA advised workers vulnerable to heat -- farmers, fishers and medical personnel working outside amid the COVID-19 pandemic -- to take precautionary measures to prevent harm from the sweltering weather.

It is best to not work outside between 2 p.m. and 5 p.m. and stay hydrated and saline, the KMA explained. 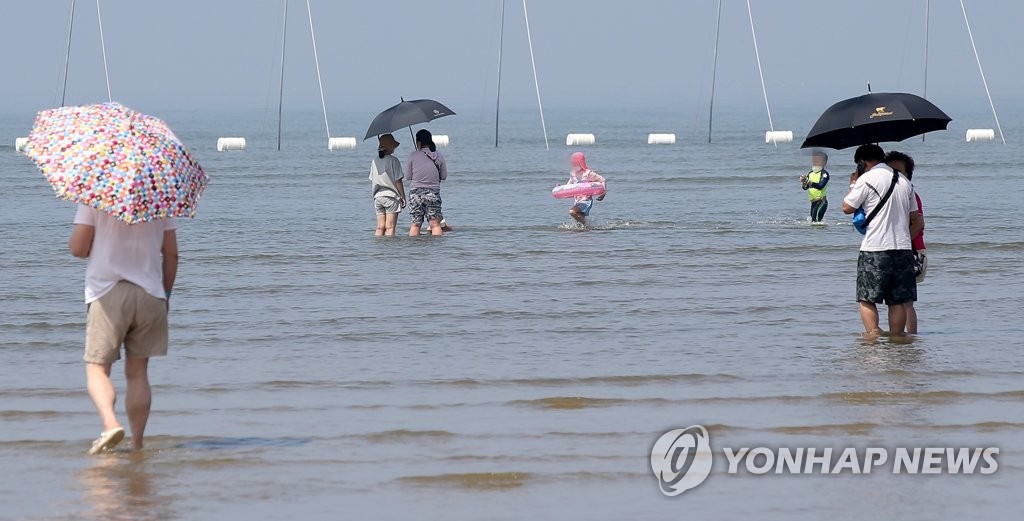 The KMA also forecast there will be sudden rain showers accompanied by gusts of wind, thunder and lightning across most parts of the country, including the central inland region, southwestern Jeolla Provinces and parts of southeastern Gyeongsang Provinces, between the afternoon and the evening.

The showers may prompt the mercury to go down in those areas, but the apparent temperatures will likely be at least 33 C due to humidity, the KMA said.