SEOUL, Aug. 5 (Yonhap) -- Song Doo-hwan, the new nominee for chairman of the National Human Rights Commission of Korea, is a lawyer and former prosecutor known for leading an investigation into an alleged money-for-summit deal between the two Koreas in the early 2000s.

A native of Yeongdong, North Chungcheong Province, the 72-year-old passed the bar exam in 1980. He served as a judge for nearly 10 years and then opened his own law firm in 1990. As a human rights lawyer, he was a board member of the Korean Bar Association and president of Minbyun -- Lawyers for a Democratic Society. 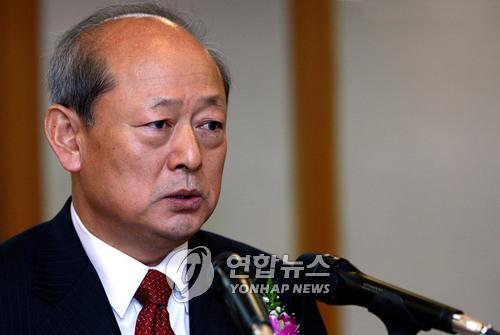 In 2003, then President Roo Moo-hyun appointed Song as special counsel for an investigation into allegations that the previous Kim Dae-jung administration offered cash to North Korea in exchange for the first-ever inter-Korean summit in 2000.

The investigation led to the imprisonment of Kim's close aide, Park Jie-won -- the current director of the National Intelligence Service -- while Hyundai Group Chairman Chung Mong-hun jumped to his death as investigators closed in on the company's alleged involvement in the deal.

In 2007, Roh appointed Song as a justice of the Constitutional Court, where his votes on key issues, including abortion, earned him a label as a liberal.

Upon completing his six-year term on the bench, Song began working as a senior attorney at the law firm Hankyul, where he currently remains.

Under the current Moon Jae-in administration, he chaired a prosecution reform committee at the Supreme Prosecutors Office.