SEOUL, Aug. 5 (Yonhap) -- Hybe Co., the company behind global K-pop star BTS, said Thursday its second-quarter net profit grew 10 percent on the back of robust performances from its artists.

Net profit for the second quarter stood at 20.84 billion won (US$18.2 million), compared with 18.96 billion won the previous year, according to a company statement.

Sales in the April-June period jumped 79.2 percent on-year to 278.61 billion won, while operating profit declined 6.2 percent to 28.01 billion won over the cited period. 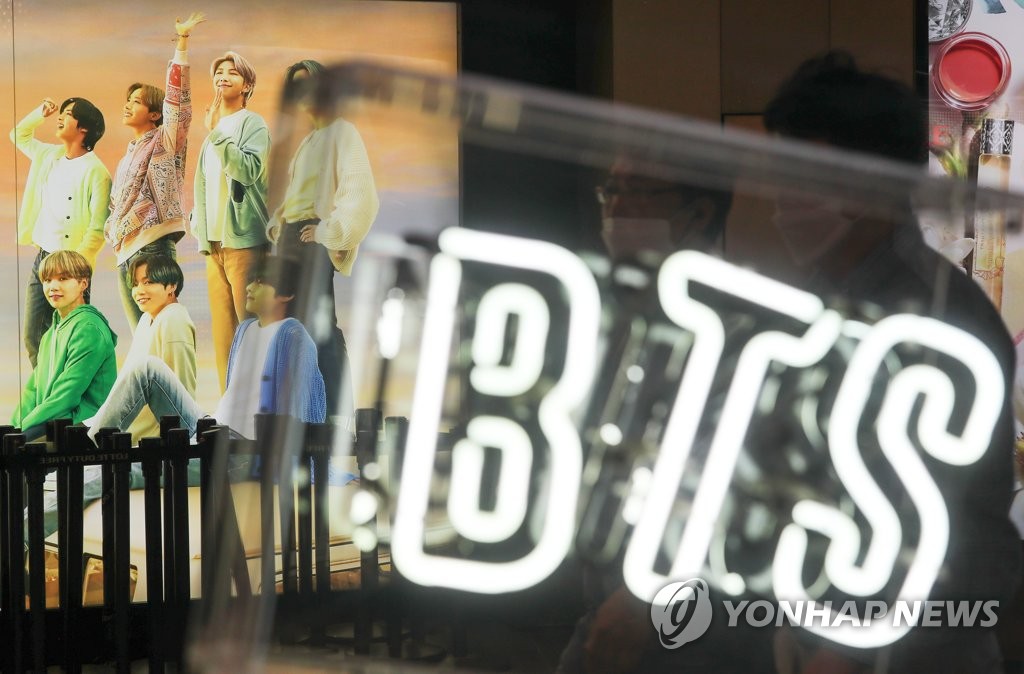 Hybe's album sales doubled on-year to 107 billion won, largely thanks to BTS' "The Best" in Japan and Seventeen's "Your Choice."

Sales from BTS' recent hit single "Butter" and merchandise -- such as the septet's marketing collaboration with McDonald's -- are expected to be reflected in the company's third-quarter earnings, according to a company official.

The disco-pop summer song has swept online music charts and streaming platforms across the world, and BTS topped Billboard's main singles chart for the 10th consecutive week Monday thanks to the hit single and its new song "Permission to Dance."

Content sales also jumped 236.9 percent to 91.3 billion won over the cited period on the back of online fan meetings amid the pandemic.

As for the decline in operating profit, the company cited one-off costs of around 10 billion won in acquiring U.S. media company Ithaca Holdings in April.

Going forward, Hybe is betting on its online fan club community Weverse taking off to boost the media company's presence beyond its direct artist businesses.

The company has been expanding the artist line-up on the fan platform -- including those managed by other label-agencies -- with K-pop sensation BLACKPINK joining Weverse this month.

Weverse's monthly active users reached 5.3 million in the second quarter, up 9 percent from the previous quarter.