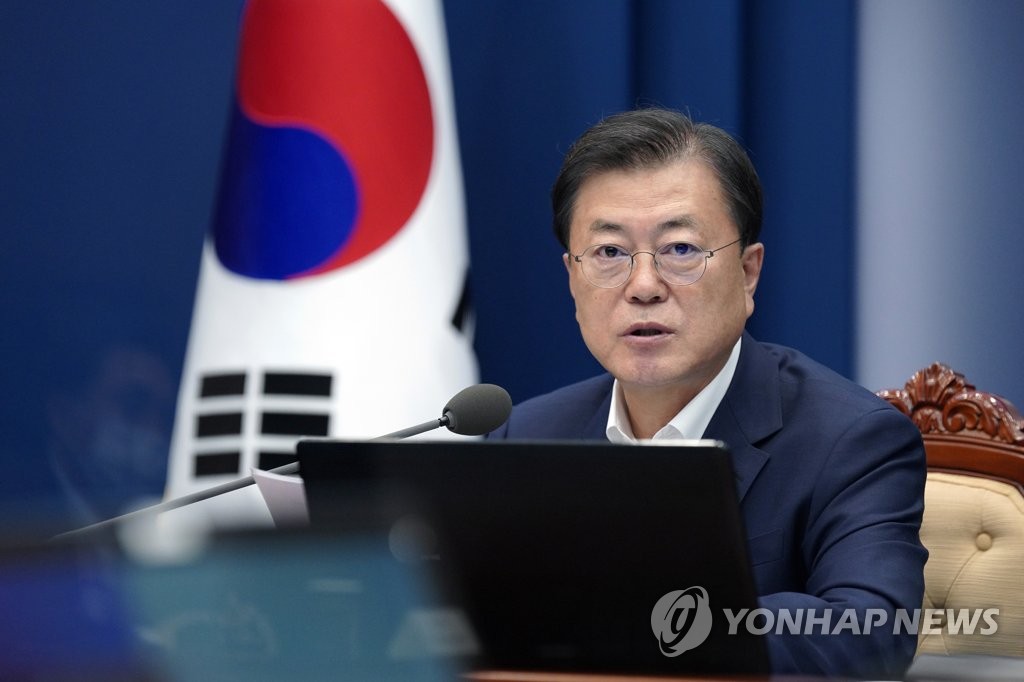 The government said it will strengthen support for homegrown COVID-19 vaccine development so that candidates can enter late-stage phase three clinical trials by the end of the year.

There are currently seven local companies, including SK Bioscience Co. and Genexine Inc., that are developing multiple types of COVID-19 vaccines.

SK Bioscience's synthetic antigen-based vaccine is forecast to enter the phase three clinical trial during the latter half of this year.

Separately, the government said it will support biopharmaceutical giant Samsung Biologics, which will begin manufacturing Moderna's COVID-19 vaccine at its local factory later this month.

In May, the biotech unit of Samsung Group signed an agreement with the U.S. drugmaker for contract manufacturing organization (CMO) services for its mRNA vaccine.

The two sides signed the contract during a South Korea-U.S. vaccine partnership event held in Washington, D.C., with President Moon in attendance.