SEOUL, Aug. 5 (Yonhap) -- North Korea plans to send its ambassador to Indonesia, rather than its foreign minister, to a regional security forum to be held online later this week, a diplomatic source said Thursday.

Pyongyang has notified Brunei, this year's chair of the Association of Southeast Asian Nations (ASEAN), that An Kwang-il, its top envoy in Indonesia, will attend the ASEAN Regional Forum (ARF), the only multilateral gathering involving the reclusive state, Friday, according to the source. An also joined the ARF session last year.

Earlier this week, a State Department official said that North Korean Foreign Minister Ri Son-gwon is expected to join the ARF session, raising speculation that the top diplomat would use the gathering to help address the North's challenges, such as economic hardships.

But Kim Yo-jong, the powerful sister of North Korean leader Kim Jong-un, warned later that the planned South Korea-U.S. military exercise could cast a cloud over the future of inter-Korean relations. 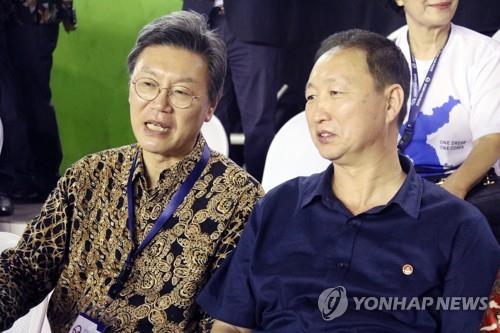