SEOUL, Aug. 5 (Yonhap) -- OLED displays are expected to account for 3 percent of the total TV panel market this year, a report showed Thursday, on the back of capacity expansions from the product's sole supplier, LG Display Co.

Global TV panel shipment reached 135.2 million units in the first half of the year, up 3.5 percent from a year earlier, and high-end OLED TV panels accounted for about 2.6 percent of them, or 3.55 million pieces over the period, according to market researcher TrendForce.

It predicted OLED TV panel shipment to further grow throughout the remainder of the year to reach 8 million pieces with a 3 percent penetration rate in the overall TV panel market, citing that South Korea's LG Display (LGD) expanded production capacity at its factory in Guangzhou, China.

"Not only did LGD expand the production capacity of its Guangzhou-based OLED panel fab, but LGD's clients in the TV sector were also increasingly willing to procure OLED panels in light of the narrowing gap between OLED panel prices and LCD panel prices," it said.

The production capacity of LG Display's Guangzhou fab reached 90,000 sheets per month in the second quarter of the year, TrendForce added.

OLED, or organic light-emitting diode, is highlighted by self-illuminating pixels that do not require a separate light source, allowing manufacturers to produce lightweight, thin and flexible display products. 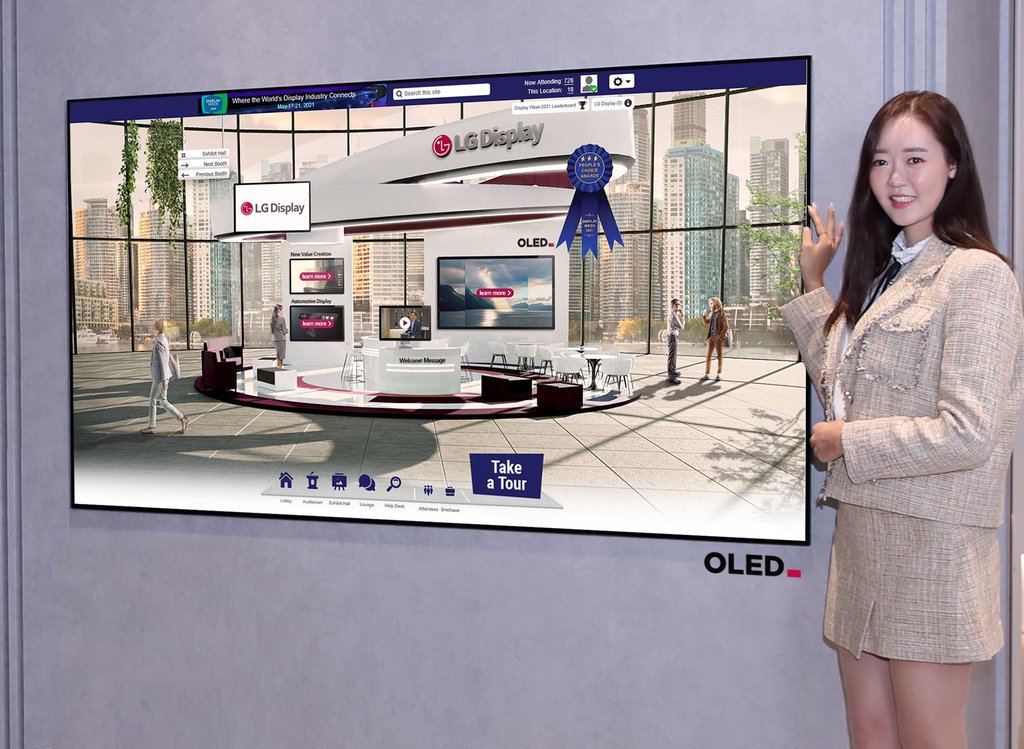 While the market share of OLED panels is projected to increase, TrendForce expected that of 8K LCD panels to stay at a mere 0.2 percent in the TV panel market this year as panel makers are concerned about profit and yield maximization.

"On the demand side, clients were also unwilling to procure these panels due to persistently high quotes from suppliers," it said.

Meanwhile, regarding TV panel market share by country, South Korea ranked third with 14.3 percent in the first half of the year as Samsung Display Co. accelerated its move to exit from the LCD business.

OLED displays to account for 3 pct of TV panel market in 2021: report

OLED displays to account for 3 pct of TV panel market in 2021: report