SEOUL, Aug. 5 (Yonhap) -- New COVID-19 cases are increasing at an alarming rate outside of the greater Seoul area lately, raising fears of an escalating spread of the pandemic across the country.

Since the fourth wave of the pandemic began in early July, non-capital areas have reported steady increases in confirmed cases. Over the past week, the daily number of new infections has risen to record highs, according to officials at the Central Disease Control Headquarters Thursday. 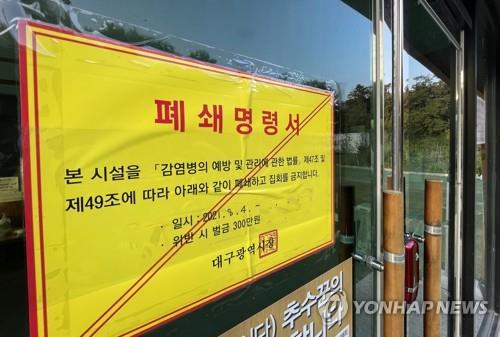 Cluster infections traced to churches and other multi-use community facilities have been spreading rapidly, while a growing number of unvaccinated young people have been infected with the delta variant, they noted.

South Korea reported 1,717 new domestic cases Thursday and non-capital areas accounted for 692, or 40.3 percent, of the total, up from around 30 percent in mid-July. The figure is broken down into 121 from Daegu, 111 from Busan and 81 from South Gyeongsang Province, which surrounds Busan.

Struggling to contain the spread of the coronavirus, local governments are moving to toughen social distancing rules and making all-out efforts to reduce people's movements. 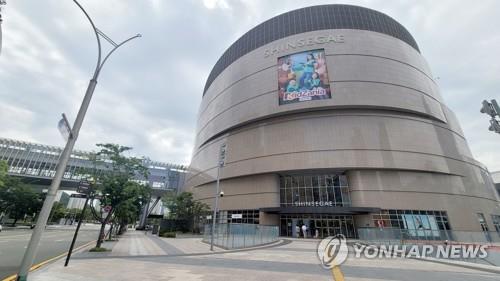 But private experts are advising authorities not to depend excessively on social distancing restrictions, saying individuals are also required to strictly follow public health measures, such as wearing masks and hand-washing, to slow the spread of the virus.

In Daegu, 300 kilometers southeast of Seoul, the number of daily infections has topped 100 for the first time in one year and four months.

The city's latest mass infections have originated from churches and taekwondo studios, among others. As many as 75 cases have been linked to a single church, which has four sister churches in Daegu and an adjacent city, and is known for active exchanges among its members. 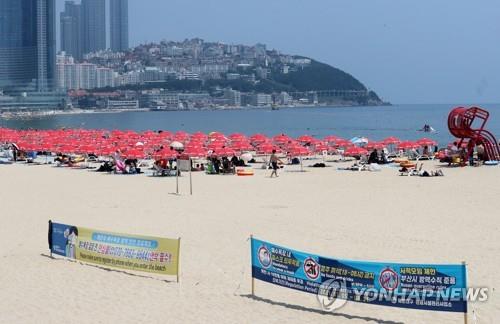 In Busan, the nation's second-largest city on the southeast coast, the number of daily infections had fallen from an all-time high of 118 on July 23 to 60 on July 31 but again topped 110 this week. The port city's recent cluster infections mostly involved various multi-use community facilities, such as indoor sports centers, public baths, businesses, internet cafes, cram schools, beauty salons and department stores.

Notably, the percentage of those in their 20s and 30s among the city's infections rose to 42.8 percent last week from 33 percent the previous week.

In the southeastern province of South Gyeongsang, the situation is particularly serious in Changwon and Gimhae, two of the province's most populous areas with a large number of unvaccinated people in their 20s, 30s and 40s. Local government officials fear that widespread community transmissions may be underway in Changwon and Gimhae, as the routes of transmissions remain unknown in many confirmed cases of the two cities.

The central province of North Chungcheong reported 45 new daily cases both Tuesday and Wednesday, the largest number seen this year.

Daejeon, 150 km south of Seoul, has reported 655 confirmed cases over the past nine days, or a daily average of 72.8, even though the central metropolitan city raised its social distancing rules to the toughest Level 4 on July 27. City officials say infections have exploded, particularly among those in their 20s and 30s.

Chungju, a quiet city in the central province of North Chungcheong, also raised its social distancing restrictions to Level 4 on Thursday after reporting 86 confirmed cases over the past week.