TOKYO, Aug. 5 (Yonhap) -- Hand-written on the right glove of the South Korean modern pentathlete Kim Se-hee are these words: "This moment will never come again."

And the 25-year-old lived in the moment on Thursday as the modern pentathlon event began with the fencing ranking rounds at Musashino Forest Sport Plaza in Tokyo. She won 24 out of her 35 bouts to rank second overall among 36 athletes. 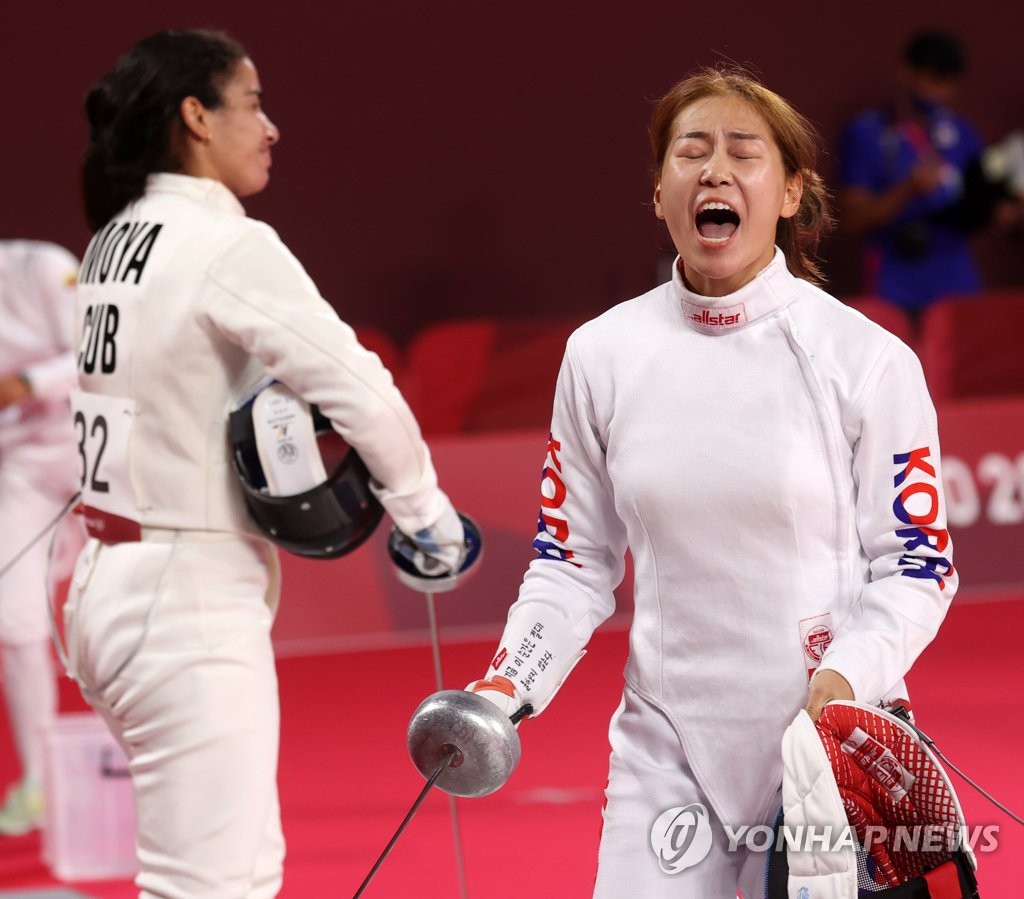 With show jumping, swimming and laser run -- which combines running and shooting -- coming up Friday, Kim will try to become the first South Korean modern pentathlete to win an Olympic medal.

Kim arrived in Tokyo ranked 31st in the world and wasn't viewed as a viable medal contender. But by living up to her own mantra, Kim has positioned herself well.

"Everyone gets nervous, but I thought it's the medal favorites who will feel the most pressure, and not someone like myself," Kim said. "That allowed me to stay calm and composed throughout the day."

Kim said she wrote the message after getting a new pair of gloves to replace her old ones before traveling to Japan. She said her mental performance coach recommended the song "This Is the Moment" from the musical "Jekyll & Hyde" and the message from the song stayed with her. 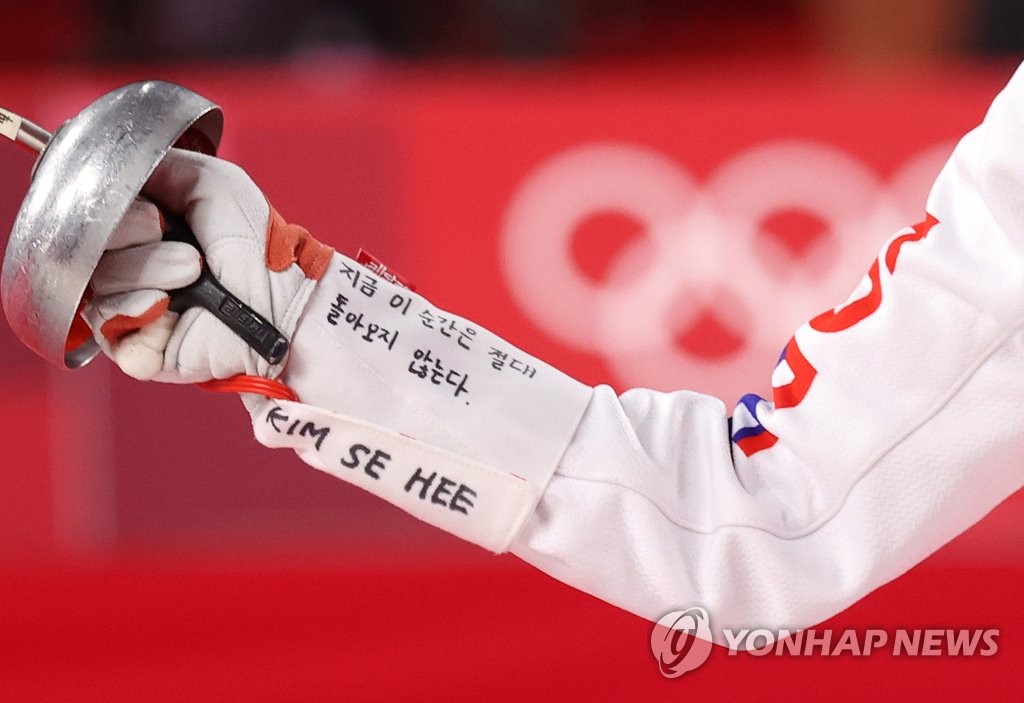 "This competition we had today will not come back. I told myself this could be my last Olympics and so I didn't want to have any regrets," Kim said. "On my way to the venue today, I was able to organize my thoughts with clarity."

Kim overcame a bout with the novel coronavirus earlier this year. She contracted the virus after competing in an event in Europe. She said she was quite ill for the first three or so days arriving back home. While watching athletes in other sports on YouTube during her recovery, Kim said she developed new appreciation for them and regrouped herself mentally.

"I'll forget about what happened today and start fresh," Kim said. "I'll take it one event at a time." 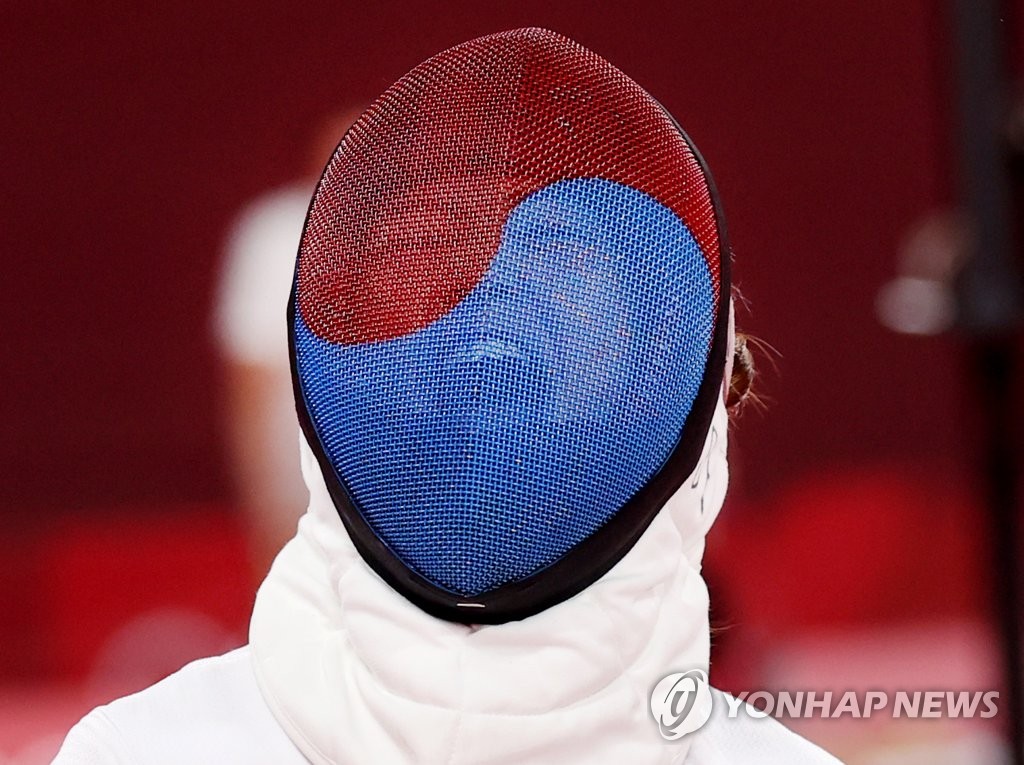 (Olympics) 'This is the moment': how modern pentathlete kept her focus on 1st day of competition

(Olympics) 'This is the moment': how modern pentathlete kept her focus on 1st day of competition