YOKOHAMA, Japan, Aug. 5 (Yonhap) -- South Korea will not get to defend its baseball gold medal after wasting its second opportunity to reach the final on Thursday.

South Korea lost to the United States 7-2 in the semifinals of the Tokyo Olympic baseball tournament.

The loss at Yokohama Stadium in Yokohama, south of Tokyo, sent South Korea to the bronze medal game against the Dominican Republic at noon Saturday.

After losing to Japan in the first semifinals game on Wednesday, South Korea fell to the loser's bracket to play the U.S., which earlier won a repechage match over the Dominican Republic.

The U.S. will now play Japan with the gold medal at stake. 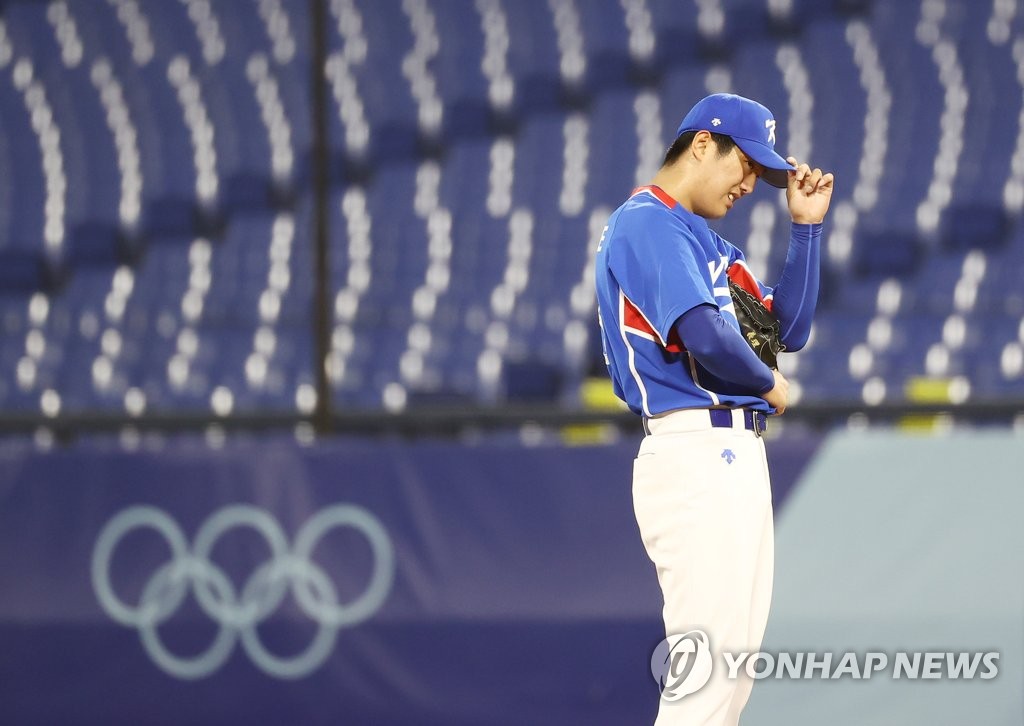