Before South Korea faced the United States for a ticket to the gold medal game in the Tokyo Olympic baseball tournament on Thursday, manager Kim Kyung-moon made a slew of lineup changes. He had stuck with the same batting order for three straight games. But after a 5-2 loss to Japan in Wednesday's semifinal game, in which South Korea frittered away some early scoring opportunities, Kim decided it was time to shake things up. 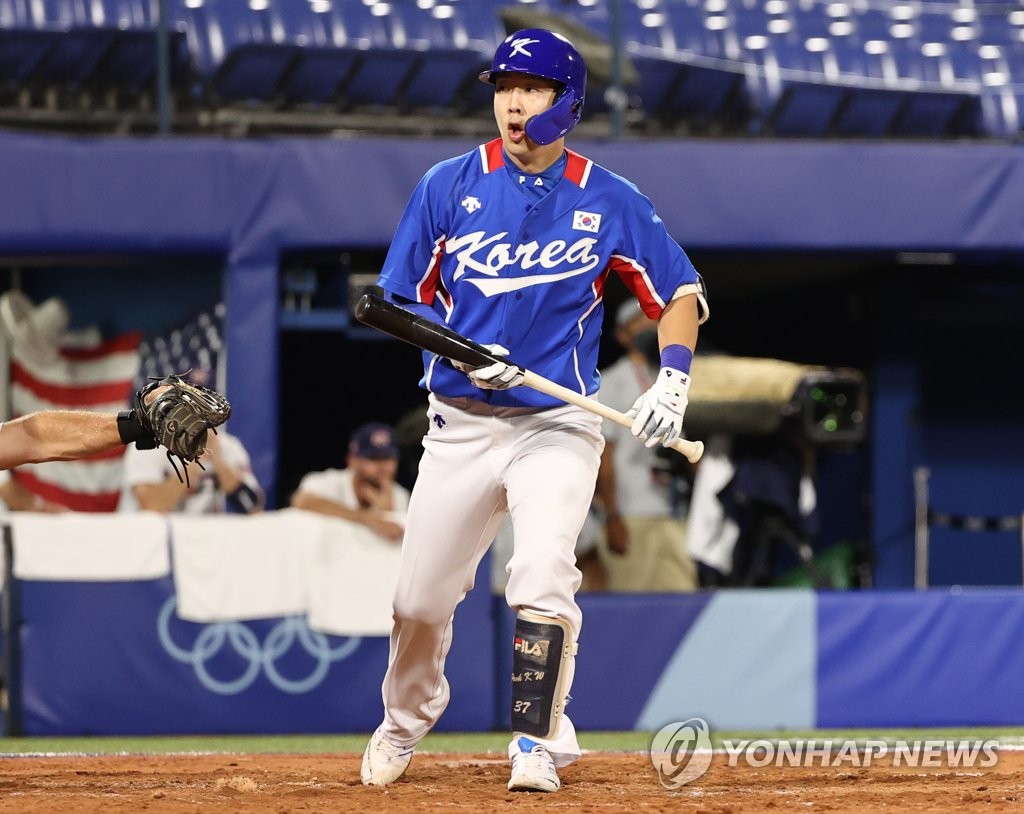 Out went catcher Yang Eui-ji (2-for-18 with eight strikeouts for the tournament) and first baseman Oh Jae-il (3-for-17 with eight strikeouts). Kang Min-ho started at catcher. Kim Hyun-soo, who had played left field, got the start at first base. Lee Jung-hoo moved across the field from right to left, and Park Kun-woo made his first start in right field.

Those changes paid almost no dividends, as South Korea lost to the U.S. 7-2.

Park Kun-woo went 1-for-3 with a run scored, but it came after the U.S. had already opened up a 7-1 lead. Kang Min-ho was 0-for-3 with a walk and a strikeout, and looked completely overmatched with some swings.

Kim Hye-seong picked up three hits from the No. 9 spot, but the rest of his teammates contributed four hits combined. 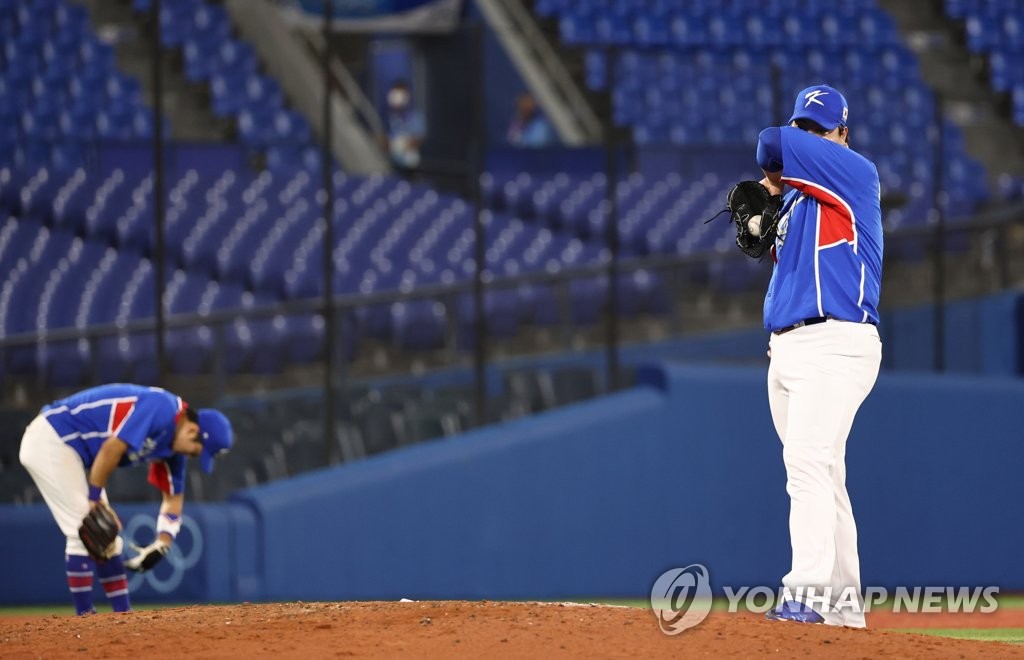 At the other side of the ledger, the bullpen that had been mostly reliable up to this point had a huge meltdown in the sixth inning.

Manager Kim threw out five pitchers to get the three outs. And before they pieced together those outs, they also gave up five runs on four hits and two walks.

Starter Lee Eui-lee gave South Korea five solid innings on three days' rest, with nine strikeouts and five hits. Right-hander Choi Won-joon took over to begin the sixth, with the U.S. up by only 2-1, but walked Todd Frazier. 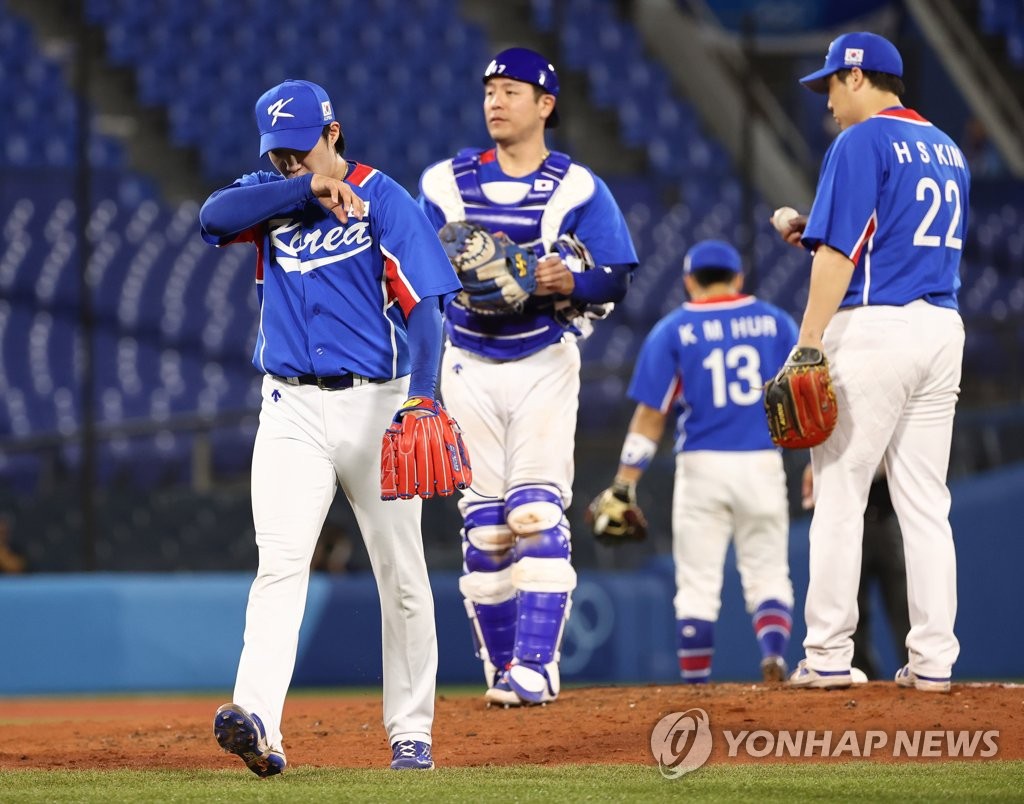 The skipper summoned lefty Cha Woo-chan, who struck out Eric Filia. With four right-handed batters coming up, right-hander Won Tae-in was brought in.

The U.S. went single-single-walk on Won, scoring once and loading the bases for Jack Lopez.

Cho Sang-woo, who hadn't given up a run in 5 2/3 innings prior to Thursday, was brought in to clean up the mess. Instead, Lopez greeted him with an RBI single to left for a 4-1 lead, and Eddy Alvarez added another run with a groundout to first that put the Americans ahead 5-1.

Tyler Austin delivered the knockout blow with a two-run single to center, making it 7-1 for the U.S. en route to a stress-free win. 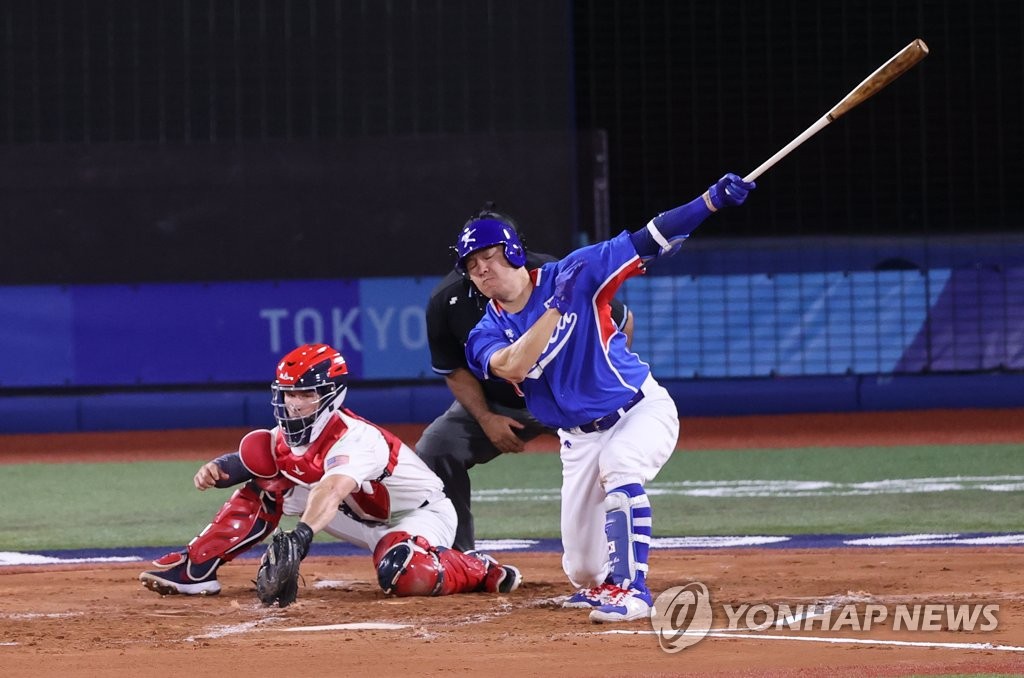