The eastern province of South Hamgyong received an average 113 millimeters of rain from Sunday 6 p.m. to Monday 7 p.m., with some cities and counties recording 149-307 mm, the Korean Central Television reported.

Buryong County in North Hamgyong and Sinhung County in South Hamgyong were hit by 583 mm and 308 mm of rain from Sunday to Tuesday, according to the report.

As swelling waters breached river levees, more than 1,170 homes were flooded and destroyed and some 5,000 residents evacuated, it added.

Millions of square meters of agricultural land were flooded, about 17,000 meters of roads and bridges were destroyed, and 8,100 meters of river embankments were damaged, it said. 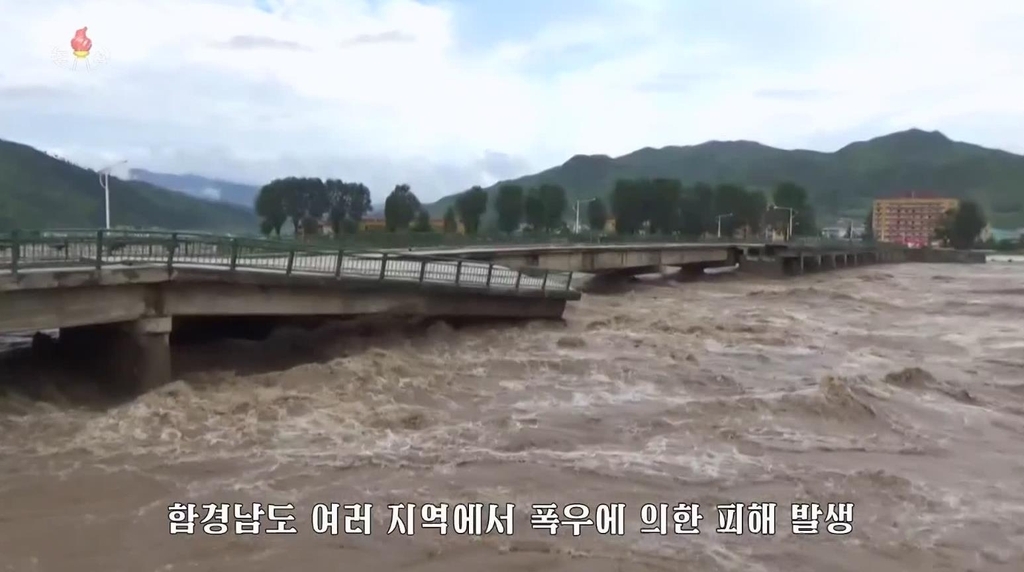