YOKOHAMA, Japan, Aug. 5 (Yonhap) -- Following South Korea's 7-2 loss to the United States in the semifinals of the Tokyo Olympic baseball tournament on Thursday, young slugger Kang Baek-ho was at a loss for words.

"I don't really know what to say," Kang said at Yokohama Stadium in Yokohama, south of Tokyo. "We came here to win the gold medal, and we've been doing our best every game. It's a terrible feeling to come away with a result like this." 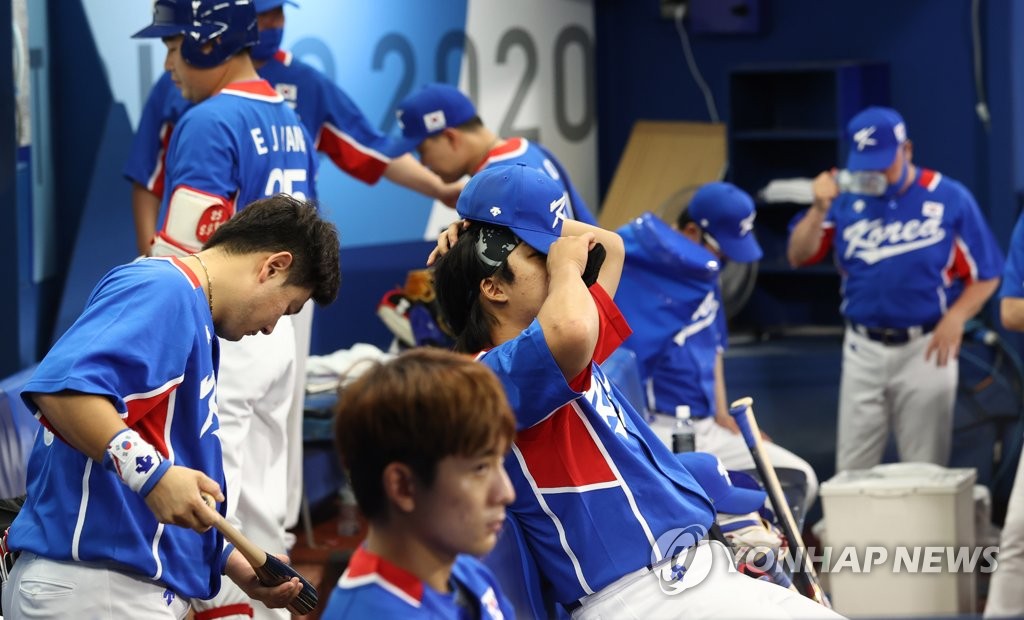 South Korea will now face the Dominican Republic in Saturday's bronze medal game and will not get a chance to defend its gold medal from 2008 despite taking two cracks at reaching the gold medal final.

South Korea blew the first chance with a 5-2 loss to Japan on Wednesday in the first semifinals. It pushed South Korea down to the loser's bracket against the U.S., which defeated the Dominican Republic in a repechage game to get to that other semifinal game.

Now it's the U.S. progressing to the gold medal game on Saturday.

"We still have one more game to play and we'll try to put on a better performance," Kang said. "The guys talked about not giving up until the very end."

Kang was anointed as the team's cleanup hitter well before the tournament began. Perhaps burdened by the weight of expectations, Kang, who is batting .395 for the KT Wiz in the Korea Baseball Organization (KBO) this season, went hitless in his first two games from the cleanup spot.

Manager Kim Kyung-moon moved him down to the No. 2 spot. Kang showed some signs of life but still hasn't been the dangerous slugger that he has been in the KBO. 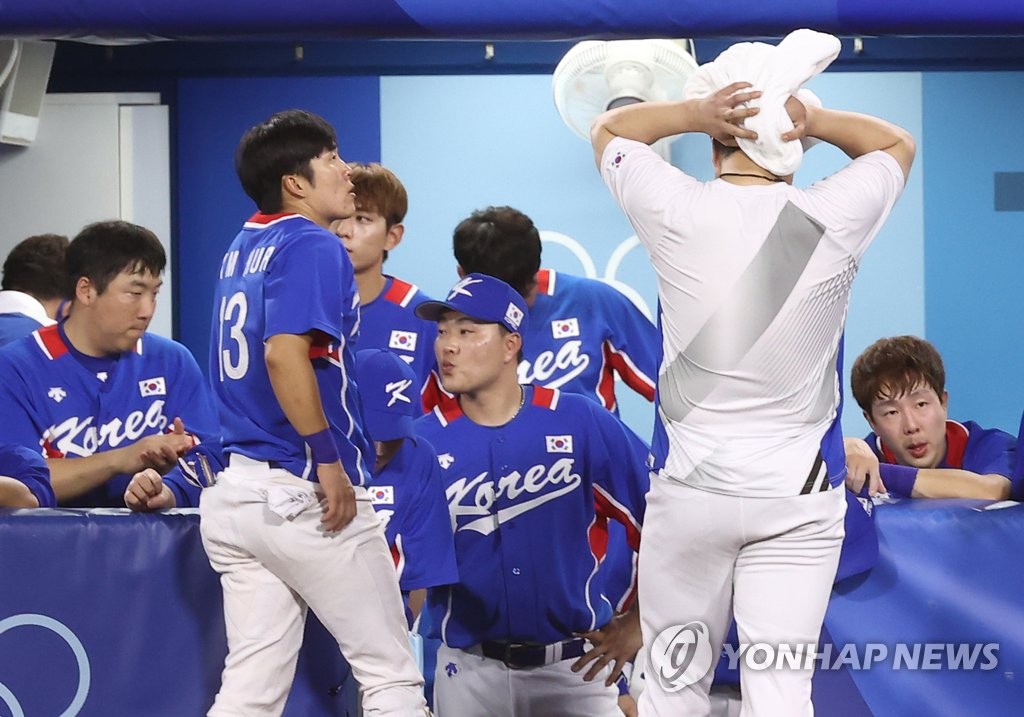 He's batting 6-for-22 with five strikeouts. He hit into a double play as part of his 0-for-4 day against the U.S.

"I don't know if I've learned anything here. I've not been very good from the beginning," Kang offered. "I don't think I've been playing the way I'm capable of, and I've been too passive at the plate."

Manager Kim, whose juggling of the lineup produced no desired effects, said he was frustrated with how the game got out of hand in the sixth.

The U.S. was nursing a 2-1 lead but then exploded for five runs against five Korean pitchers in that inning.

Kim, who also managed South Korea for the gold medal run in 2008, recalled how fun it was to run the table in Beijing and win nine straight games for the coveted Olympic title. 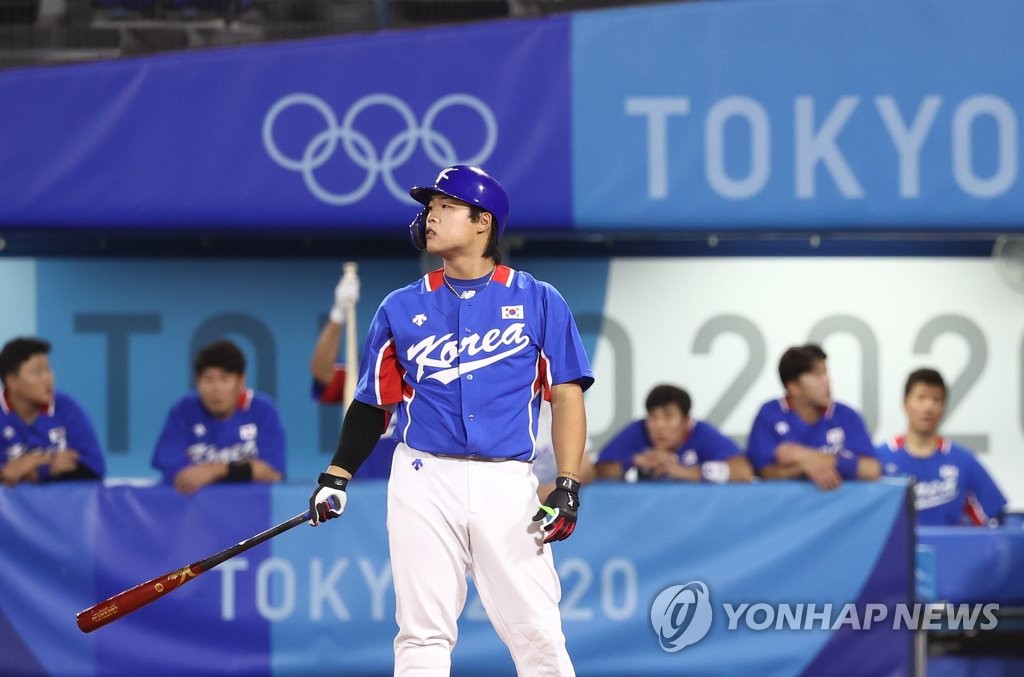 "We came to Japan not just to win gold but to play the kind of baseball that can please our fans," Kim said. "It's disappointing that the game slipped away from us. But we have seen our young players take a step forward here. We've also identified some problems that we need to address."

Kim wasn't yet ready to look forward to the bronze medal game, with the defeat still fresh on his mind.

"We're going to give our players some rest tomorrow and hopefully we'll be able to finish the tournament on a positive note," Kim said.