The price set Kakao Bank's market capitalization at some 30.6 trillion won, far behind established lenders, such as Shinhan and Kookmin. 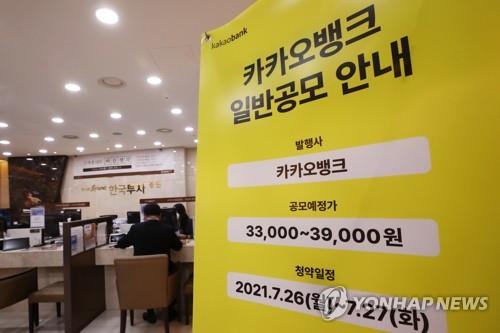