The measure to ban private gatherings of more than two people after 6 p.m., including in restaurants, will remain in place in Seoul, Gyeonggi Province and the western port city of Incheon through Aug. 22, according to Kim.

"The urgent fire has been extinguished with the patience and cooperation of the people, but the flames of infection spread are still going on," he said during an interagency meeting on the pandemic.

South Korea, with a population of 52 million, has been reporting four-digit daily counts of newly confirmed cases for a month. 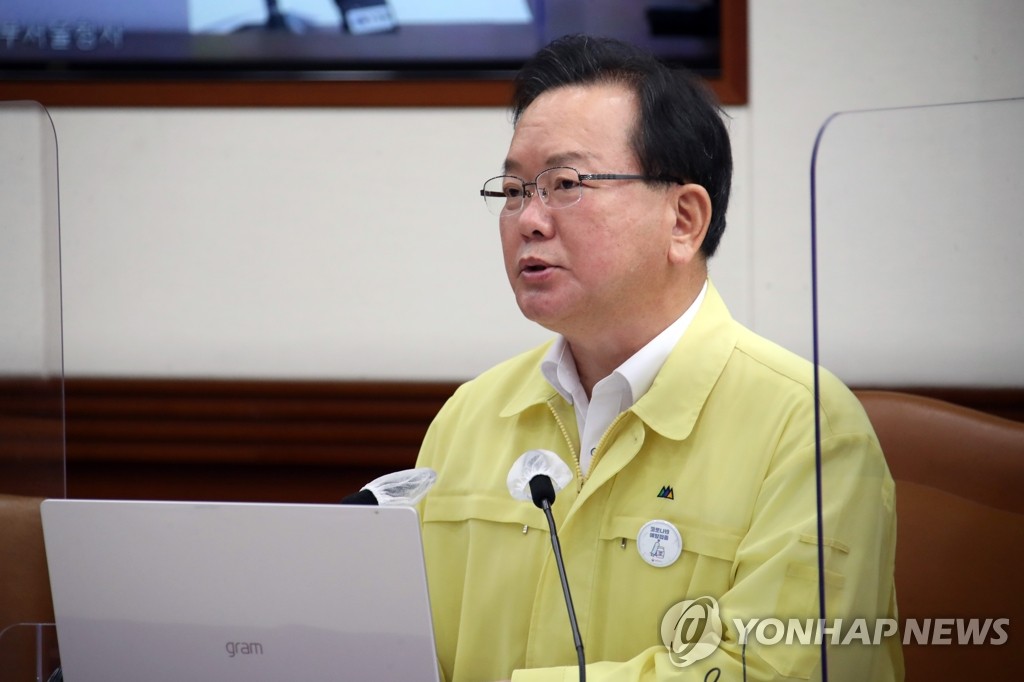 The highest of the nation's four-tier coronavirus prevention system, effective in the Seoul metropolitan area, was slated to expire this weekend. The other parts of the country have been under Level 3 guidelines.

"For now, however, coronavirus control and prevention is a priority," he stated, adding it is a way to improve the livelihoods of the people.

He expressed concern about the possibility of another spike in infections linked with the Aug. 15 Liberation Day holiday and emphasized the need to create safe conditions for students to return to school following their summer vacation.

The prime minister said that the government will take steps to "adjust and supplement" some of the current social distancing regulations, with related details scheduled to be made public later in the day.

Kim warned, meanwhile, the government will not tolerate illicit street rallies, which some churches critical of the Moon Jae-in administration plan to stage on the occasion of Liberation Day.

Such acts are tantamount to "pouring fuel" on the fourth wave of the pandemic, he said.

"Political beliefs and considerations cannot take precedence over the lives and safety of the people," he stressed.