Consolidated net profit stood at 572.1 billion won (US$500.2 million) in the April-June period, up 63.1 percent from a year earlier, the company said in a regulatory filing.

The operating profit was 29.8 percent higher than the average estimate, according to a survey by Yonhap Infomax, the financial data firm of Yonhap News Agency. The estimate of net profit was not available.

Hanwha said better-than-expected performances by its own business and subsidiaries contributed to the jump in second-quarter earnings.

Vowing all-out efforts to explore new growth engines, Hanwha Corp. expected its good performance to continue in the second half of the year on a global economic recovery and strong activity from its own business. 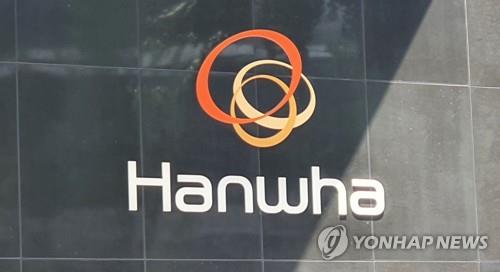