At the meeting, North Korea will be represented by An Kwang-il, its ambassador to Indonesia, rather than Foreign Minister Ri Son-gwon, as was the case last year, according to a diplomatic source.

Chung plans to use the ARF meeting to call for the international community's backing for Seoul's efforts to kickstart dialogue with Pyongyang and move forward its drive for complete denuclearization and lasting peace on the Korean Peninsula.

Last week's reactivation of inter-Korean communication lines fueled hopes for the resumption of nuclear diplomacy with the North. However, optimism was tempered by Pyongyang's warning that the planned South Korea-U.S. summertime military exercise would cast clouds over cross-border ties. 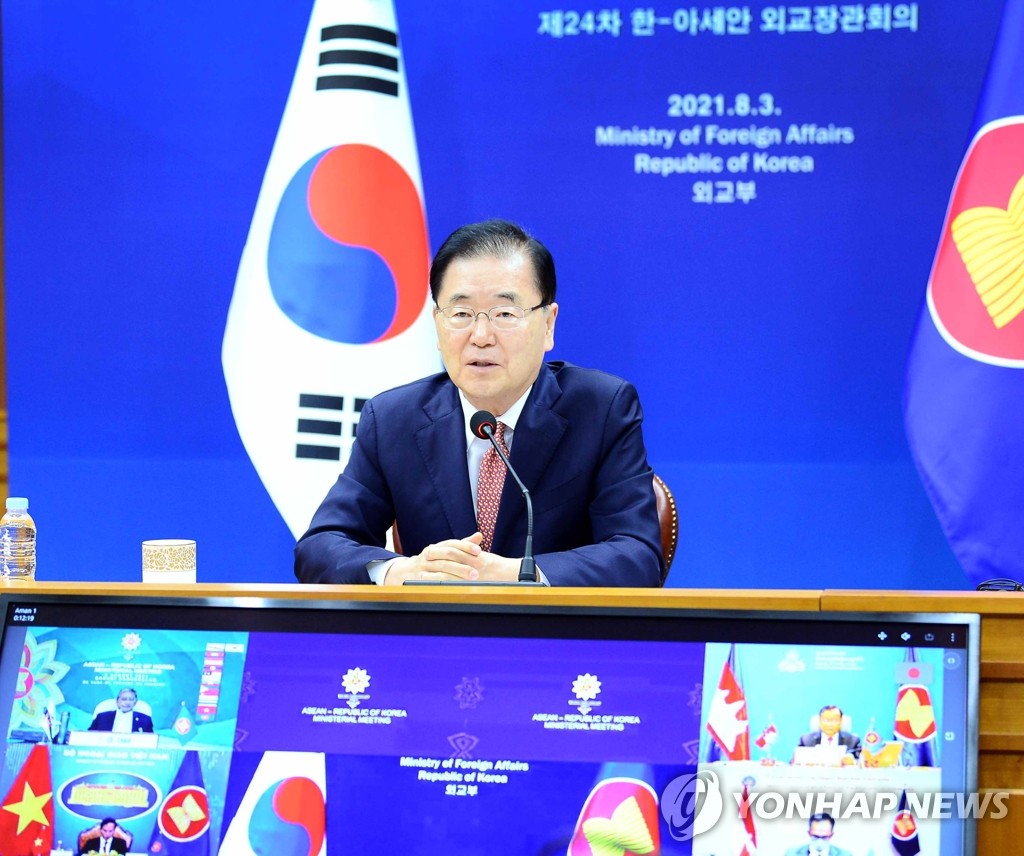 It remains uncertain whether the North Korean participant, An, will deliver any message about Seoul's struggle for dialogue, but other participating countries could heap pressure on Pyongyang to return to dialogue.

An could use the session to help secure outside support for Pyongyang's efforts to tackle a litany of domestic hardships, including worsening economic malaise caused by international sanctions and pandemic-driven cuts in trade, as well as the threat of COVID-19 infections.

U.S. Secretary of State Antony Blinken will also be present at the ARF meeting, where the State Department said the secretary will urge ASEAN members to fully implement U.N. Security Council resolutions on the North.

Blinken has no plans to engage the North Korean participant on any particular issues at the ARF session, a senior State Department official has said.

An intensifying Sino-America rivalry could be on display, as Blinken is expected to touch on China's growing assertiveness in the South China Sea and its policies on Xinjiang Province and Hong Kong.

Shared challenges, such as COVID-19 and climate change, are also likely to figure prominently in the ARF agenda.