TOKYO, Aug. 6 (Yonhap) -- Bronze may not be the medal that the South Korean baseball team wanted to win at the Tokyo Olympics, but it will have a chance to salvage at least that third-place prize Saturday.

South Korea, the 2008 Olympic baseball champion, will face the Dominican Republic in the bronze medal game at noon Saturday at Yokohama Stadium in Yokohama, south of Tokyo. 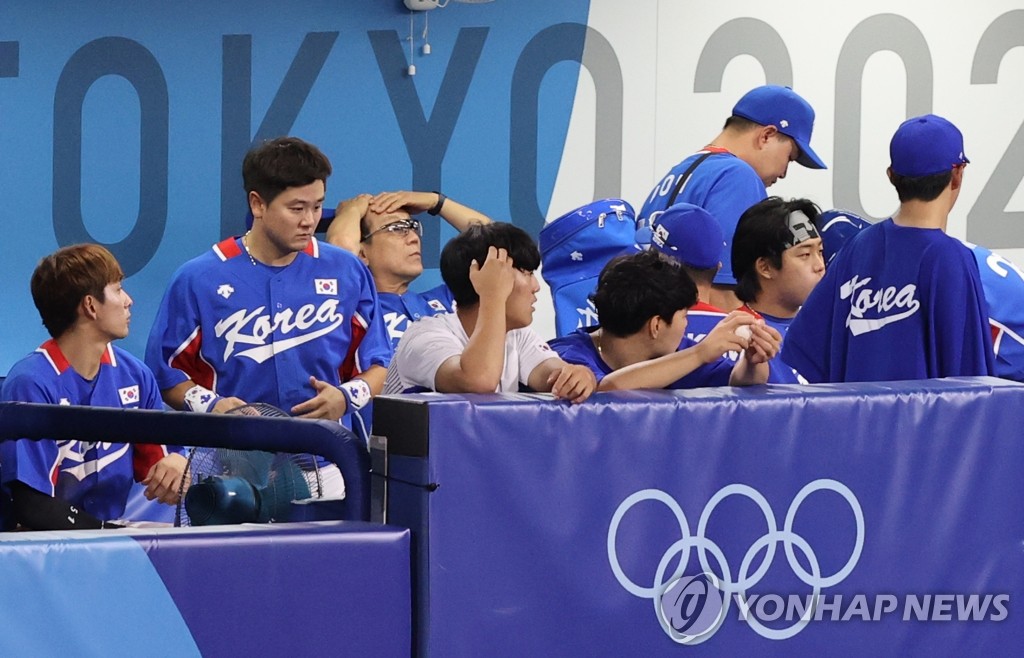 South Korea has lost its last two games to drop to the consolation game. In the semifinals Wednesday, Japan knocked off the defending champion 5-2. South Korea got another shot at reaching the final Thursday, where it faced the United States in the repechage bracket. The Americans destroyed those hopes in a 7-2 victory to advance to the gold medal game themselves and send South Korea to the bronze medal game.

South Korea defeated the Dominican Republic 4-3 in their previous meeting at the start of the knockout stage last Sunday. South Korea scored three runs in the bottom of the ninth for the dramatic comeback then and will need much of the same determination Saturday after demoralizing defeats.

The lineup has been mostly kept in check in the tournament, and the bullpen that had done yeoman's work had a meltdown in Thursday's loss to the U.S. Five pitchers served up five runs in that unmitigated disaster that was the sixth inning, and manager Kim Kyung-moon will have to figure out ways to piece together 27 outs Saturday. 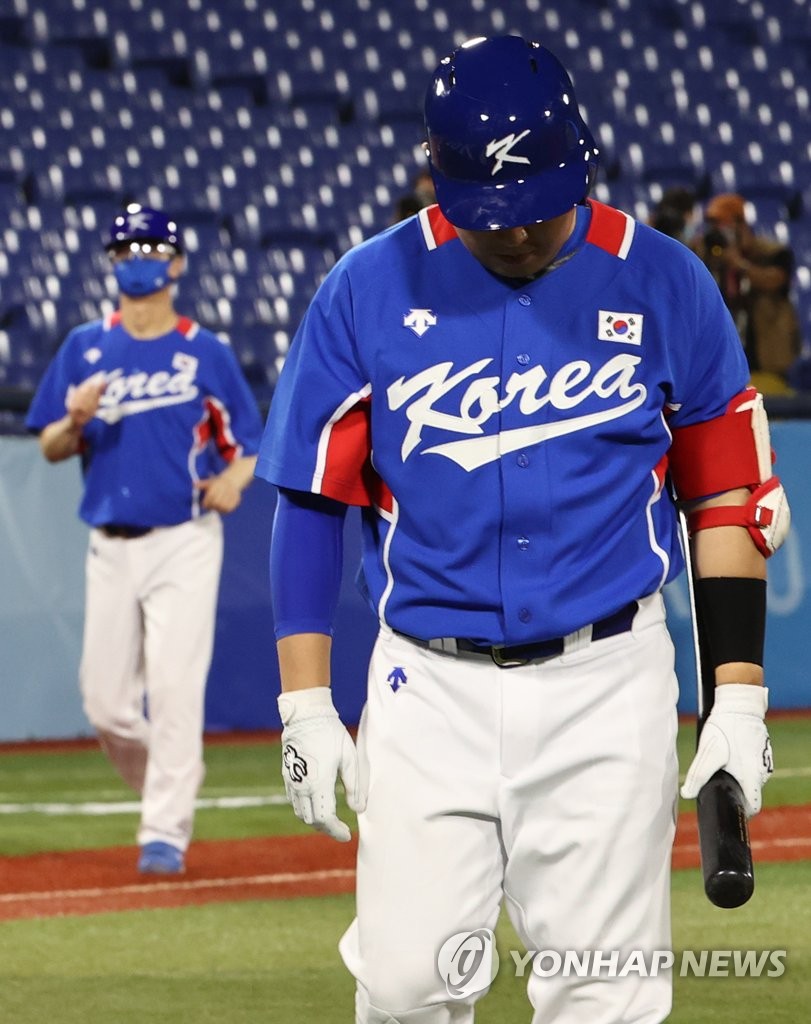 Winning bronze will also mean exemptions from mandatory military service for players who haven't already served or haven't already earned exemptions elsewhere. It has become a sensitive topic particularly around the baseball team, in light of some roster controversy from the 2018 Asian Games. Critics of the team selection process that year claimed certain players were only picked because then national team manager, Sun Dong-yol, wanted to help them get military exemptions, not because they were good enough to play for the country.

Incidentally, two players at the heart of the debate in 2018, center fielder Park Hae-min and shortstop Oh Ji-hwan, have been two of South Korea's top performers in Japan.

Oh is tied for the team lead with two homers and has played his usual, strong defense at shortstop.