SEOUL, Aug. 6 (Yonhap) -- An Olympic medal is a non-monetary honor for the sweat and tears that athletes have put in for years.

But the piece of gold, silver or bronze also carries significant monetary rewards for their efforts and winning feats in the world's biggest sporting event. 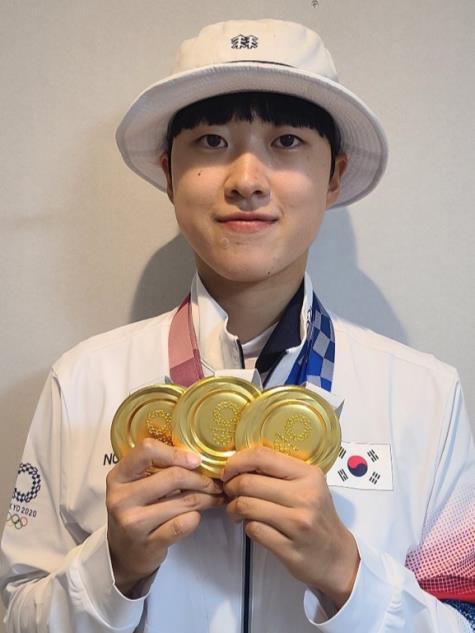 How much archer An San, who took the country-high three gold medals at the Tokyo Olympics, will earn for her performance has been the talk of the town here in South Korea. The 20-year-old won two golds in team events and one in an individual competition.

Those who win a medal in team events will get 75 percent of the prize money set for individual winners.

Also, the Korea Archery Association has already set aside 200 million won in prize money for the gold medal in individual events and 150 million won for team events.

In addition to the bonus policies, the Korea Sports Promotion Foundation pays out benefits on a monthly basis to medalists based on points they earn at Olympics.

An Olympic gold medal is rated at 90 points, followed by 70 points for silver and 40 for bronze, along with extra points given to multiple medal winners. Those who win more than 100 points are allowed to receive the money in a single sum.

The archer will score 306 points in total, acquiring a lump sum bonus of 100 million won and a monthly payment of 1 million won.

In total, An will be given 750 million won from the three organizations. 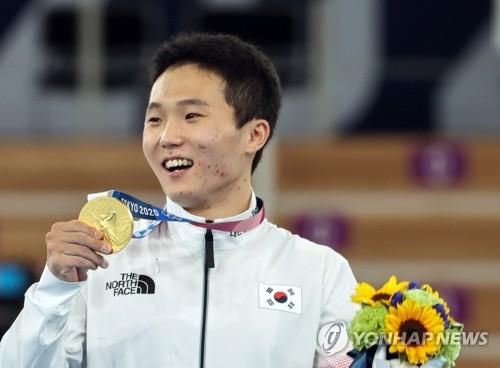 South Korean gymnasts will also have a fat purse.

Shin Jea-hwan, who became the second South Korean to win gold in men's vault, will gain 100 million won for his performance, given by the Korea Gymnastics Association, in addition to the government's compensation and the medal points by the sports foundation.

POSCO Group, South Korea's biggest steelmaker and sponsor of the gymnastics association, has decided to grant an extra 200 million won to the gold medalist.

Vault bronze medalist Yeo Seo-jeong is set to earn a combined 45 million won in bonus money, but her total is expected to be raised further as the gymnastics association is considering giving her extra bonus money for Yeo's history-making feat to become the first female Korean gymnast to stand on the Olympic podium. 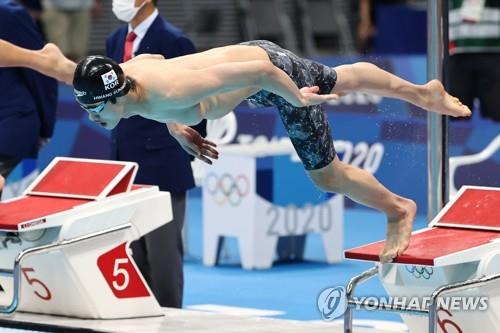 However, not only medalists are subject to the monetary reward, but those who have reached a milestone in their sports are also awarded.

Swimmer Hwang Sun-woo, who finished fifth and seventh in the men's 100m and 200m freestyle finals, respectively, will be rewarded 10 million won for his new Asian and Korean records by the Korea Swimming Federation.

The swimming organization said the 18-year-old's performance was hardly ignorable. He became the first Asian swimmer to reach the finals of the men's 100m freestyle in 65 years and set a new Asian record of 47.65 seconds.

The Korea Association of Athletics Federations said it will give 20 million won to high jumper Woo Sang-hyeok who renewed a 24-year-old Korean record at the Tokyo Olympics.

He cleared 2.35 meters in the men's high jump finals to finish fourth. Although he closely missed the podium, he notched the highest rank at Olympic tournaments won by any South Korean field and track athlete. 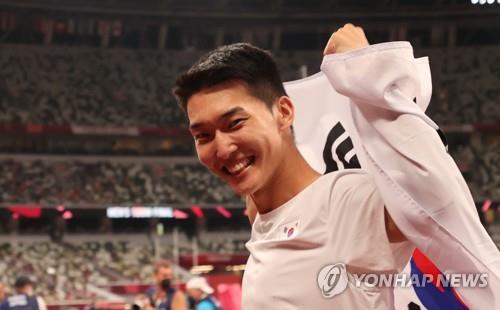