SEOUL, Aug. 6 (Yonhap) -- An Air Force warrant officer on Friday denied allegations he pressured the victim of a sexual abuse case not to pursue punishment of the perpetrator in the infliction of "secondary harm" blamed for her suicide.

During a preparatory hearing at a military court in Seoul, the warrant officer, surnamed Noh, claimed through his lawyer Kim Sang-ho that he did not blackmail the victim nor had an intention to obstruct the investigation into the case.

The victim, a master sergeant surnamed Lee, took her own life in May, three months after she was allegedly groped and suffered other abuse by a colleague of the same rank. Her parents claimed Air Force authorities attempted to cover up the case without providing due support for her.

Noh is also suspected of molesting Lee last year and trying to silence the victim on another sexual abuse case she suffered in 2019, but Noh denied the allegations.

Noh was not present at Friday's hearing as it is not mandatory for defendants to appear at the preparatory procedures for trials.

His lawyer said Noh will apply for bail next week.

"The defendant has complained of mental suffering before he was arrested and has been suffering from panic disorder while in custody as well," the lawyer said, calling for Noh's bail to guarantee his right to defense.

He is one of a number of Air Force officials indicted over the incident that sparked an intense public fury, leading to the resignation of Air Force Chief of Staff Lee Seong-yong in June.

As of early July, military prosecutors had indicted 10 people over Lee's death.

The investigation team will soon wrap up the monthslong investigation and announce the results in August, according to officials.

Noh's next hearing is slated for Aug. 25. 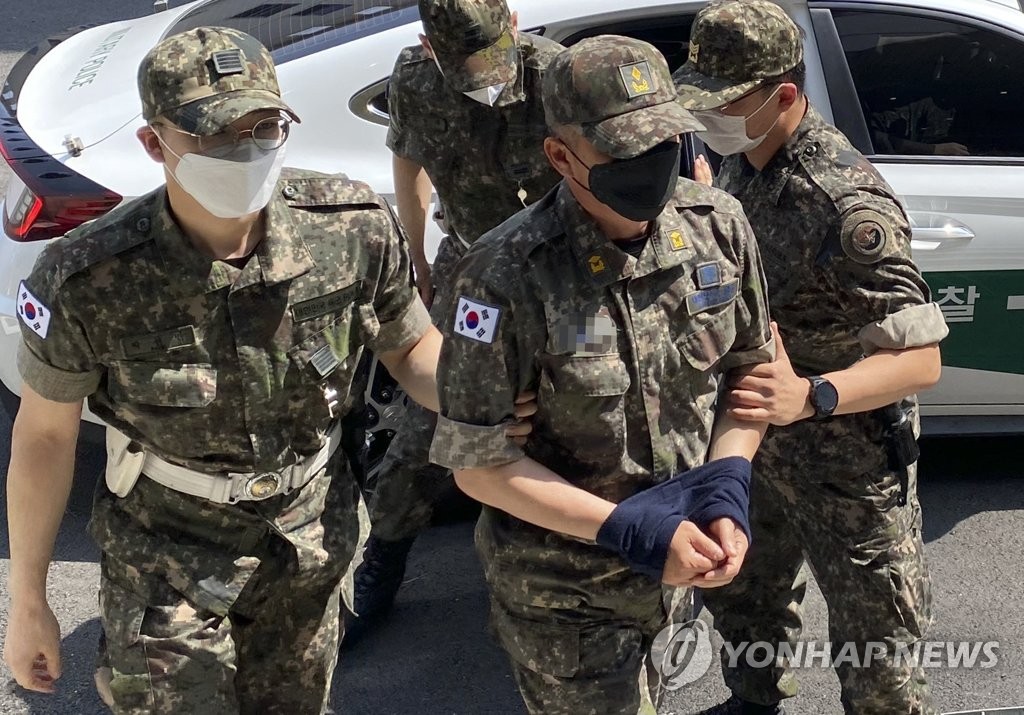