TOKYO, Aug. 7 (Yonhap) -- The Tokyo Summer Olympics will draw to a conclusion on Sunday, and South Korea will have a chance to pad its medal count on the very last day.

The women's volleyball team will take on Serbia in the bronze medal match at Ariake Arena in Tokyo, starting at 9 a.m.

Captain Kim Yeon-koung, at 33, will likely be playing in her final Olympic match. She and her teammates have been writing an improbable underdog story to get to this point, and the bronze medal would provide a feel-good final chapter.

Per longheld Olympic tradition, the men's marathon will take place on the final day of competition, though the race won't be anywhere near Tokyo.

Because of punishing summer heat in the Japanese capital, marathon was moved to the northern city of Sapporo.

South Korea will have Shim Jung-sub and Oh Joo-han, a Kenya-born athlete naturalized as Korean in 2018, in the race. 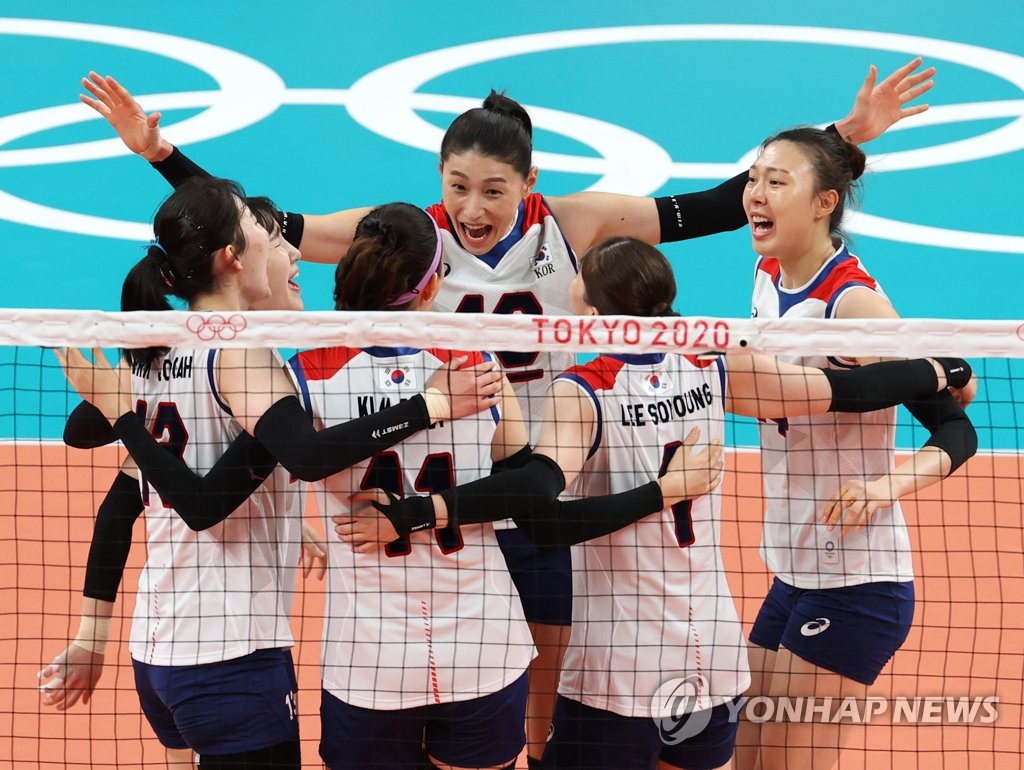