The talks came after last week's restoration of inter-Korean communication channels fueled hopes for the resumption of nuclear diplomacy with North Korea, though growing optimism for dialogue was tempered by the North's warning that the planned South Korea-U.S. military exercise would cast clouds over inter-Korean relations.

"The minister and secretary agreed that the South and the U.S. would continue to make coordinated diplomatic efforts for substantive progress toward the goal of the complete denuclearization and establishment of permanent peace on the Korean Peninsula," the ministry said in a press release.

In a tweet, Blinken said that during the "good" conversation with Chung, he reaffirmed U.S. support for inter-Korean dialogue and engagement, as well as the importance of the South Korea-U.S. alliance for the complete denuclearization and creation of lasting peace on the peninsula. 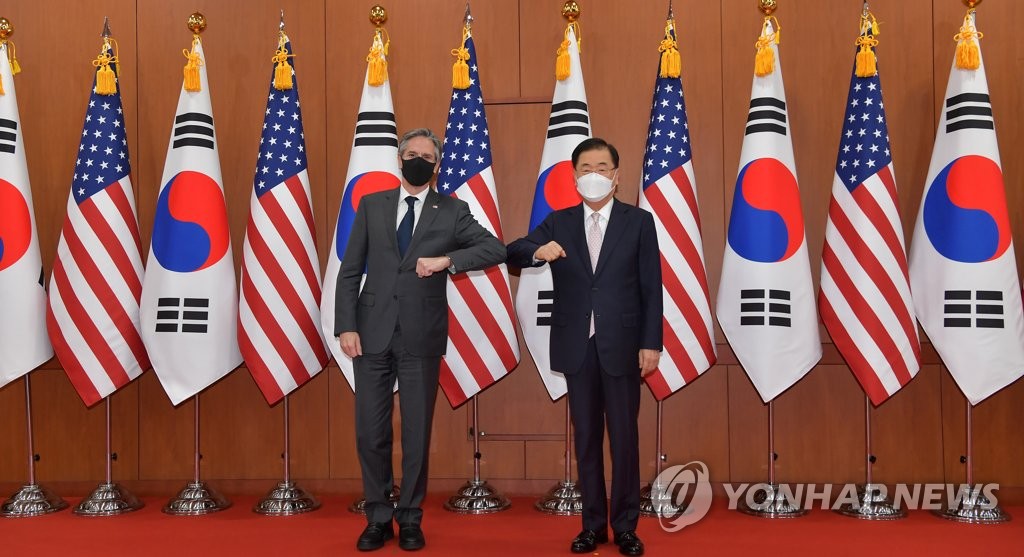