TOKYO, Aug. 6 (Yonhap) -- South Korea lost to Japan in the bronze medal match of the men's table tennis team event at the Tokyo Olympics on Friday, frittering away its final opportunity to salvage a ping pong medal in the Japanese capital.

Japan prevailed over South Korea by 3-1 at Tokyo Metropolitan Gymnasium.

Japan won the opening doubles match and also claimed the next singles match. South Korea won the second singles match, before Japan finished things off with a victory in the third singles contest. 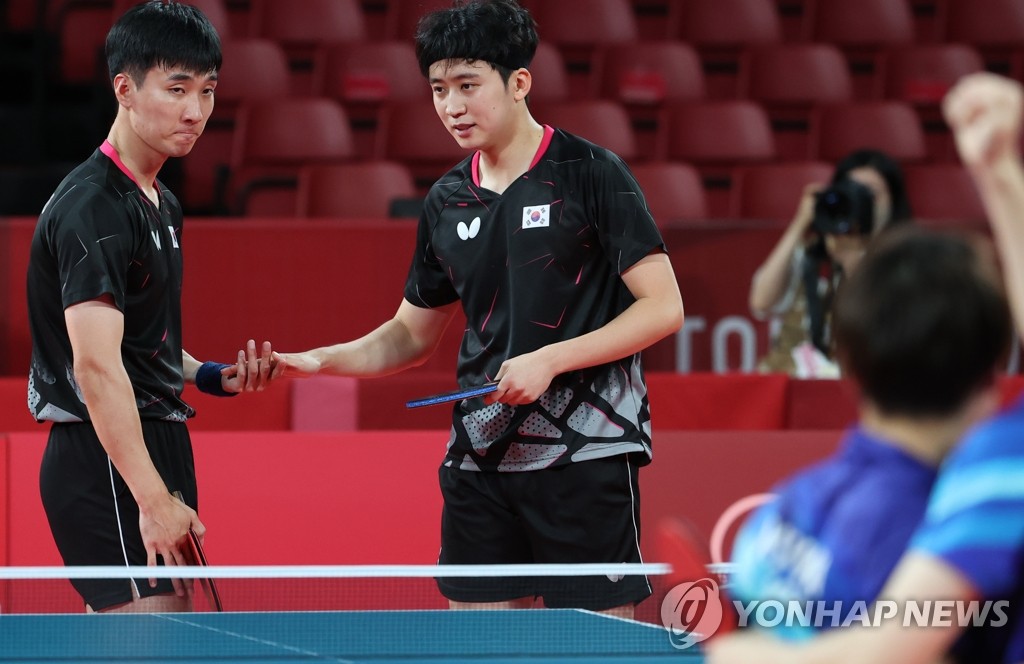 South Korea has now been shut out of table tennis medals for the second consecutive Olympics.

In the opening doubles match, Jun Mizutani and Koki Niwa beat the world No. 1 duo of Lee Sang-su and Jeoung Young-sik.

The pairs traded the first two games. In a back-and-forth third game, the two sides went to a deuce at 10-10, and the Japanese side came out on top 15-13. They closed out the South Koreans 11-5 in the fourth game, securing a 3-1 victory. 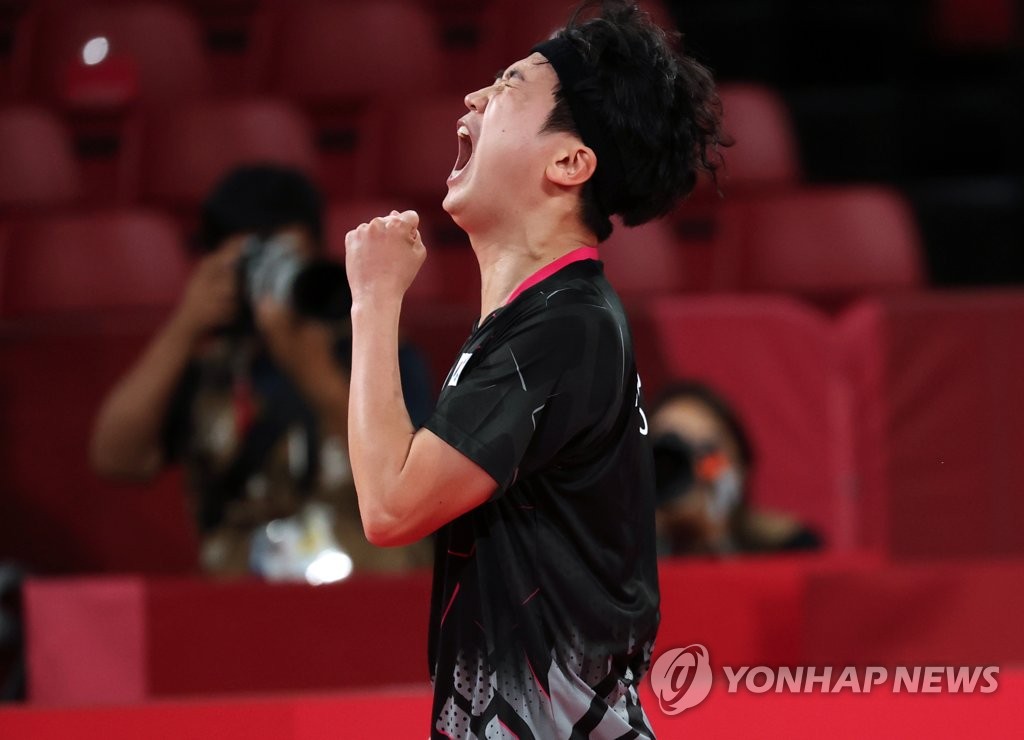 Japan now led 2-0 in the match score. But Jeoung cut the deficit in half by beating Niwa 3-0 in the next singles match.

Mizutani, who earlier won the mixed doubles gold here, however, proved to be too much for Jang. The Japanese came out on top 14-12 in the first game and hung tough to take the next one 11-9.

He jumped out to a 9-2 lead over Jang, and fended off the South Korean to close out the game and the bronze medal match at 11-8. 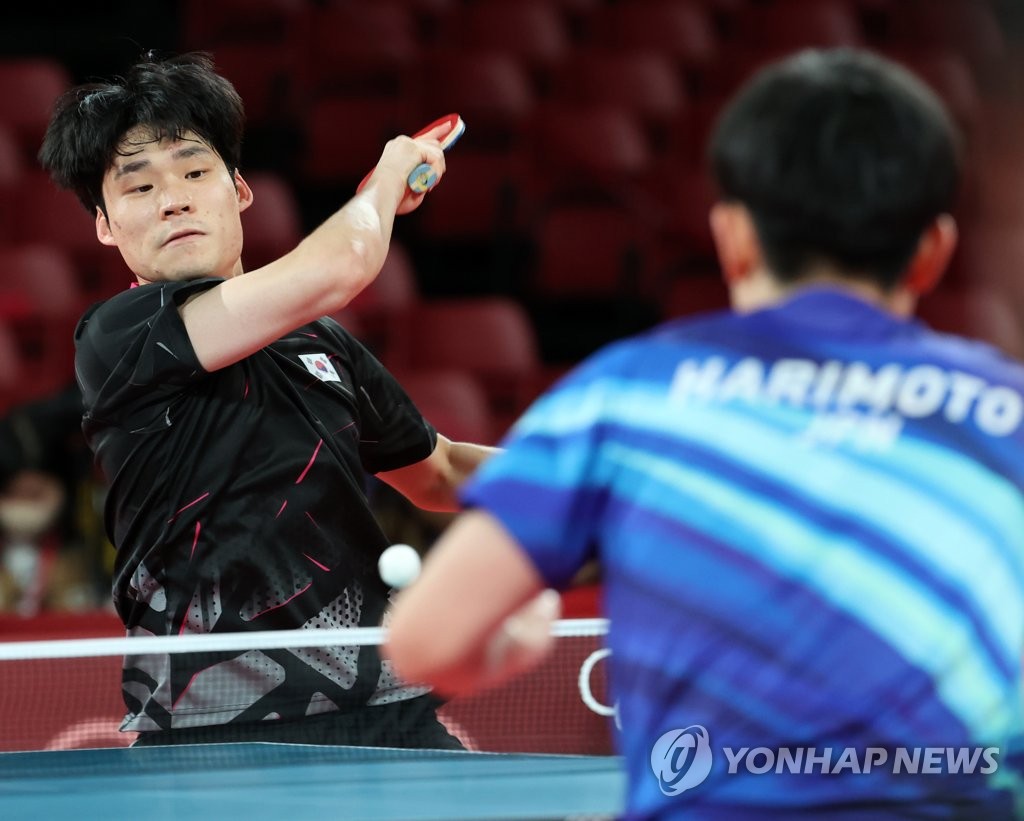