Lee garnered 25 percent of support in the survey conducted on 1,001 voters across the nation from Tuesday-Thursday by Gallup Korea for the most favored next leader of the country.

The third spot went to Rep. Lee Nak-yon, a former chairman of the ruling Democratic Party (DP), who garnered 11 percent. It was the first time Lee garnered double-digit support in a Gallup poll since March.

Yoon saw his approval ratings take a dive among voters in several major parts of the nation, including North Gyeongsang Province and Gyeonggi Province. The rate of fall was the biggest in Seoul where the support rating for Yoon nosedived from 28 percent to 16 percent this month from early July.

The poll has a confidence level of 95 percent. 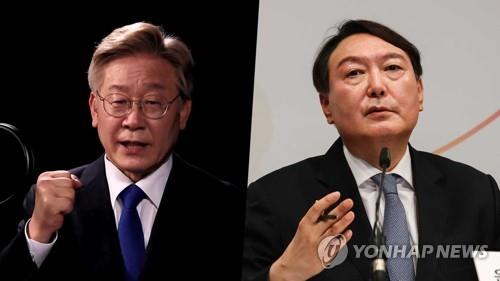