They said the association has recently formed a task force, jointly with the Seoul Bar Association, to open such a service as early as this year.

While exact details have yet to be determined, the service will be "designed to give clients easy access to information about lawyers and other legal services," an official from the KBA said. 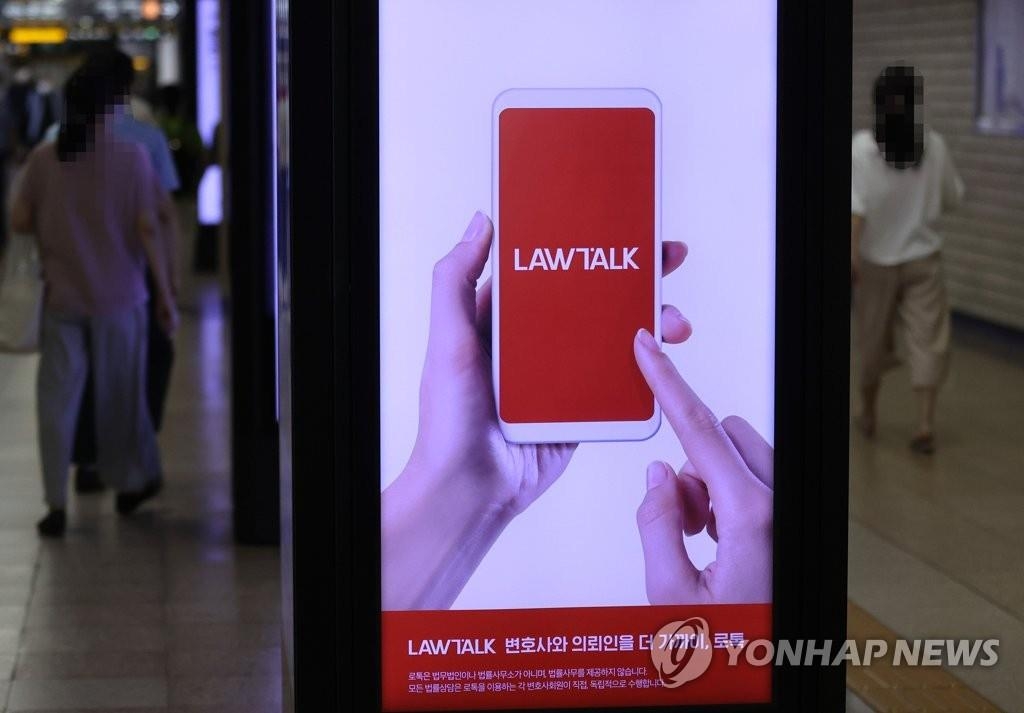 The KBA began an investigation into its lawyer members Thursday over the use of the popular legal counseling application LawTalk as a new rule banning its members from offering legal aid on the online service took effect on the day.

The association said the app disrupted the legal services market and served as a paid broker, an act prohibited under South Korea's Attorney-at-Law Act, while Law & Company Co., the operator of the app, countered that its service was a legal advertising platform.

"We feel utterly discouraged to see the KBA, which banned its members from using legal counseling platforms, was planning to create a similar service," the company said.

The KBA said that its yet-to-be-released service would not be for-profit, unlike those run by private companies.

Since the service was launched in 2014, the two sides have been engaged in a yearslong standoff.

Amid a tit-for-tat battle, the KBA changed its rule in May to prohibit lawyers from joining online advertising platforms. The revision took effect Thursday.