TOKYO, Aug. 6 (Yonhap) -- In the not-so-distant past, South Korea could comfortably count on at least a medal from table tennis at the Olympics.

Things have dried up now, and the country has been shut out of medals for the second consecutive Olympics.

That fate was sealed when it lost to Japan 3-1 in the bronze medal match of the men's team event at Tokyo Metropolitan Gymnasium on Friday. 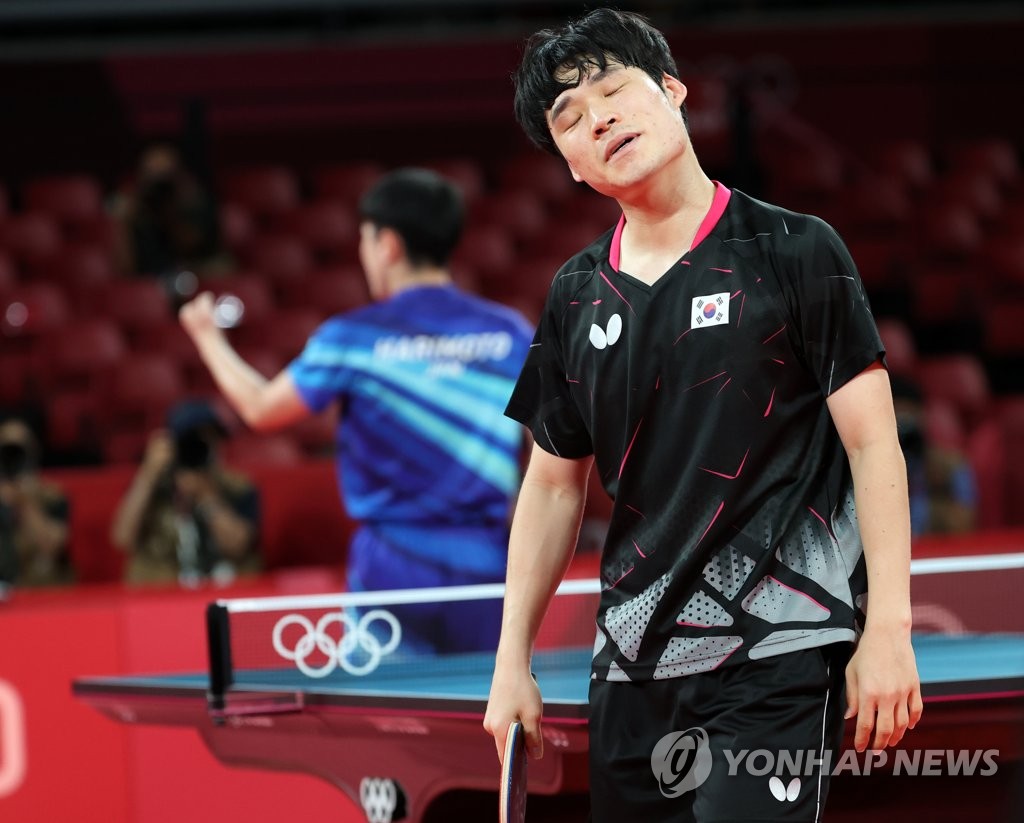 "In the Olympics, it's just not enough to do your best. Everyone puts in the work," said Jeoung Young-sik, who lost the opening doubles match with partner Lee Sang-su but got South Korea's lone win in the singles over Koki Niwa. "I think we need to study trends in international table tennis more closely. I think that will help us improve technically and give us more opportunities to win."

Lee, 30, was lined up to face the 18-year-old phenom Tomokazu Harimoto in the final singles match, but the contest didn't even need to get that far. He and Jeoung, 29, were competing in their second straight Olympics together, after also finishing in fourth place in Rio de Janeiro in 2016.

"We don't have regrets over the amount of work we've done, but we also have to realize this result is a reflection of where we stand," Lee said. "We just have to be better than this."

Jang Woo-jin, the youngest member of the team at 25, said he understood the disappointment that Lee and Jeoung had felt in Rio and tried to help them reach the podium for the first time. 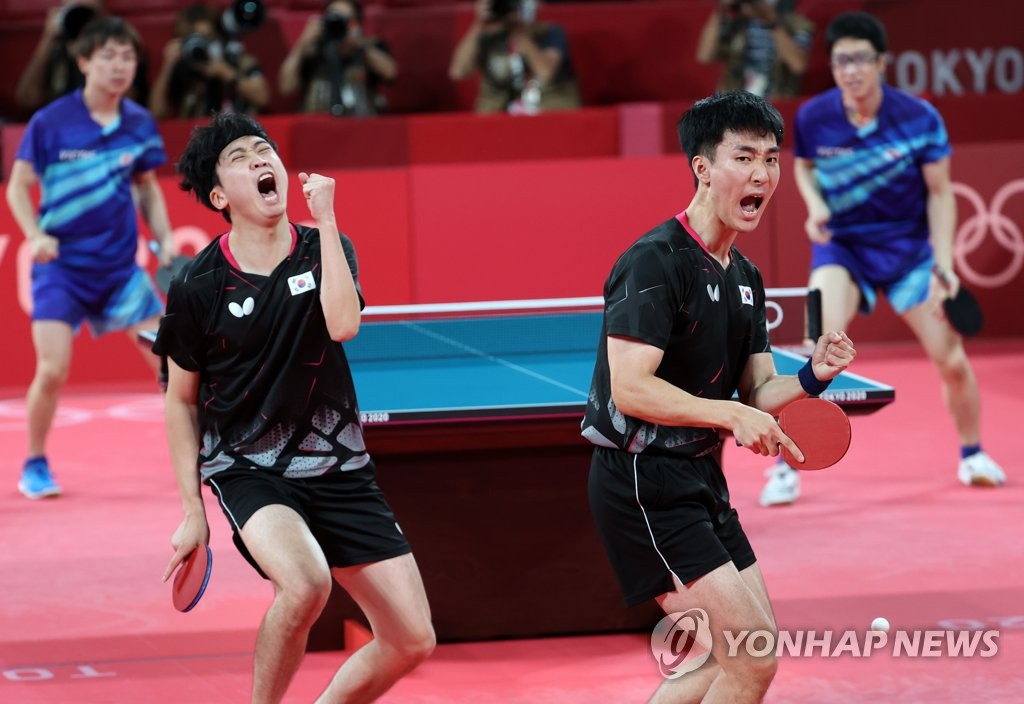 "I think I can learn more from failures than from success," Jang said. "Hopefully, we'll get to play top-ranked players more often in the future."

Jang lost both of his singles matches Friday, first to Harimoto and then to Jun Mizutani. Jang said the problems had more to do with his mental approach than his physical form.

"I wasn't aggressive enough," he said. "Even if I made mistakes, I should have shown more confidence in my strokes. I played it too safe."

Picking up on that theme, Lee said that the next generation of players at the 2024 Paris Olympics should learn how to play in the Olympic pressure cooker.

"They should try to shake off that pressure and not play it safe all the time," Lee said. "They shouldn't get too caught up in results and should just try to execute what they've practiced." 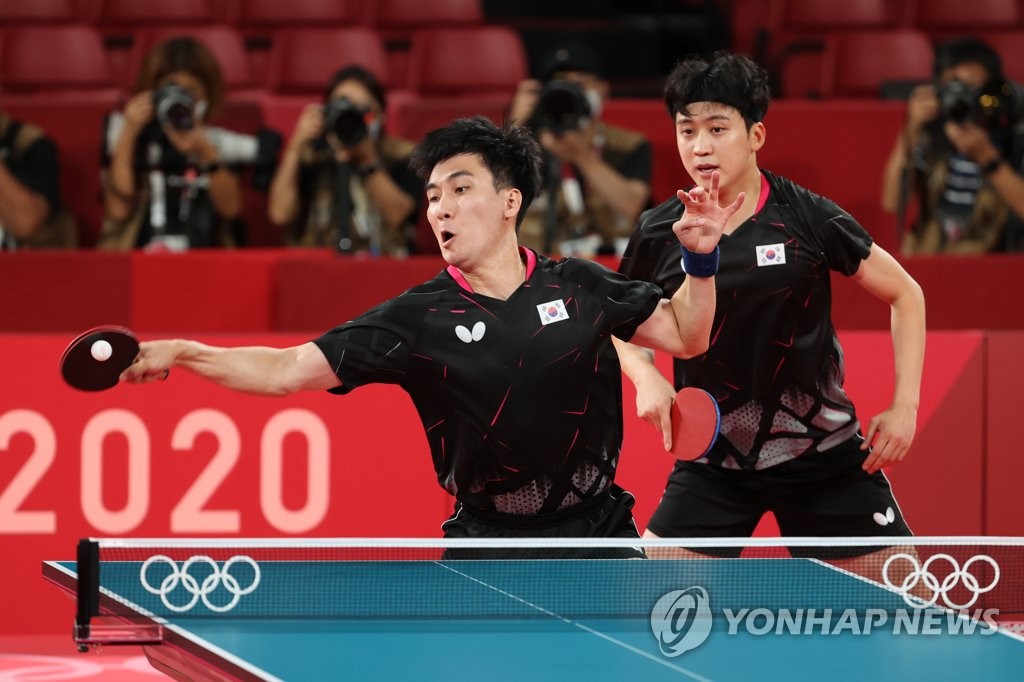